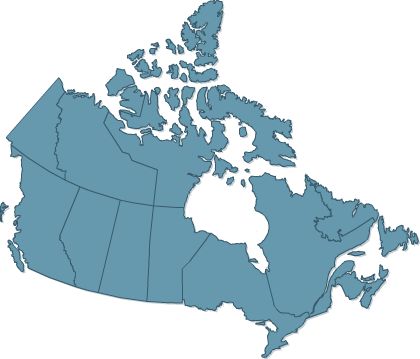 Foreign-trained workers will be told within one year of applying whether their credentials will allow them to work in their profession in Canada, the federal government announced last week.

Attracting and retaining the best international talent is critical to Canada’s long-term economic success, Human Resources Minister Diane Finley said in announcing the new framework. Beginning Dec. 31, 2010, foreign-trained engineers will be among the groups that fall under the framework.

Does regulation preventing engineers from using their professional skills as the Canadian manufacturing industry has undergone a skilled trades shortage serve the public interest? According to Manufacturing AUTOMATION Industry Watch columnist Paul Hogendoorn, a member of the London Region Manufacturing Council and president of OES Technologies, while there are certain risks, the advantages of fast-tracking the application process outweigh them.

"Skilled workers from foreign countries help fill needs in our industrial work force," he says. "Our schools, and our society in general, tend to direct our kids away from manufacturing careers, including skilled trades and even the certain engineering professions. But more than this, these foreign workers also bring two other valuable intangibles: their ambition, and their cultural experience and understanding." 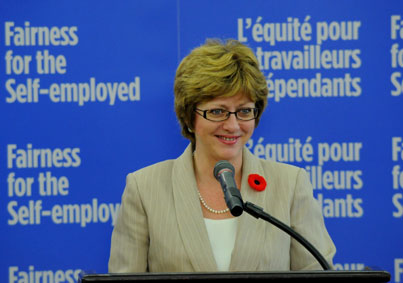 At a press conference last week, Finley said attracting and retaining the best international talent is critical to address the existing — and future — Canadian skilled labour shortage. "Ensuring that foreign credentials and qualifications are assessed and recognized in a timely manner will enable newcomers to maximize their talents," she added.

David Green, a member of the Manufacturing AUTOMATION editorial board and a managing partner at Stratmarc Associates, commented that the current government initiative does not include an special efforts for skilled trades and technologists, who he also considered to be professionals.

"For manufacturing, having the right engineers for production or operations is key and familiarity with the industry will be important," he said. "The problem is this first round does not address the skilled trades and technology worker’s shortage, which I believe may be more acute than the professional level needs."

For any skilled worker — whether medical, dental or engineering professionals — Green said they must be trained and familiar with national and provincial job and industry standards, regulatory issues and best practices along with acceptance of their academic and professional accreditation from their country by the appropriate Canadian body. "This takes time and resources, and add this to the current timing for the first wave of 2012 and it may all be too late or at least there may be more in-country solutions and competition."

In an increasing a global community, having skilled and professional workers from other parts of the world can add a distinct advantage when trying to gain new business from those areas. "These ‘new Canadians’ often bring a fresh and enthusiastic attitude as they truly appreciate the opportunity," Hogendoorn says. "This country was built on an earlier generation of opportunity seekers. A fresh influx of people here to pursue their dream, reminding us all how good we still have it (despite our own pessimism sometimes), cannot be bad for our country at this time." 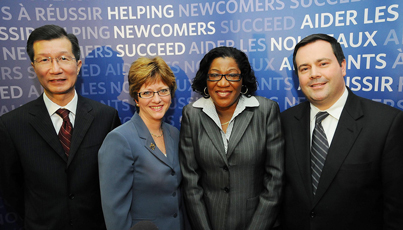 Immigration Minister Jason Kenney joined Finley at the press conference where they announced that the federal government has signed a Pan-Canadian Framework for the Assessment and Recognition of Foreign Qualifications with all provincial governments.

Under the framework, internationally trained professionals in 15 licensed professions will be told within one year whether or not their qualifications match Canadian standards. Specific barriers to qualification recognition vary across both occupations and jurisdictions, and are highly dependent on background and experience of the individual applicant.

This Framework represents a joint commitment by federal, provincial and territorial governments to work together to improve the foreign qualification assessment and recognition systems in Canada. This Framework complements and coordinates the efforts of governments and their foreign qualification recognition partners, as well as being a reference point for individual federal, provincial and territorial strategies.