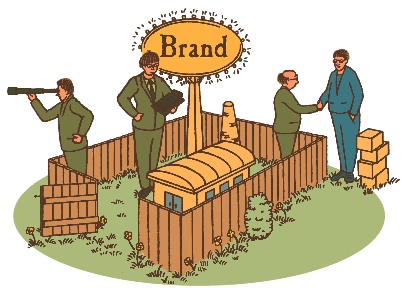 When Canadian manufacturers faced their self-proclaimed “brush with death” experience with the recently soaring Canadian loonie, it starkly exposed the traditional Canadian method of making money — use a cheap dollar and cheap wages (compared to the U.S.) to compete and produce essentially commodity products in many cases.

It’s how we make profits in this country, encouraged and even mandated by government.

But is it logical to simply compete on price?

No, simply because someone somewhere will always be cheaper than you.

The “almighty” Canadian forestry industry, which pays high school educated workers $70,000 salaries to pump out two-by-fours instead of more value-added products, is being destroyed by foreign competition. We are selling forestry commodities, not value-added products to make profits.

Where is our Canadian IKEA?

We cannot usually compete in the world marketplace because we do not learn to compete at home. In fact, we officially discourage domestic competition.

Because we have legal restraints like foreign ownership rules in banking and telecommunications, foreigners are barred from entering Canada, at least on an equal basis.

As a result, we’ve tried to invent competition here in Canada by trying to over-regulate domestic companies. The end result is that we end up with pseudo monopolies or oligopolies that carve up the market amongst themselves. Consumers are gouged on one hand — why, for example, is it that Canadian banks don’t charge ATM fees in the U.S. We as consumers are left with market sharing, not market competition.

We baby our business leaders, reducing them to being coddled, turning them into complacent participants and stripping them of the skills needed for them to compete successfully internationally.

The key is branding.

We are historically commodity producers and we have lacked the American “boldness of claim,” if you will, to go out there and brand our products.

We as Canadians must focus on branding ourselves globally and with globalization firmly in place; we must now consider the world as our market, not just Canada.

To show us the way, there is a Vancouver-based company called Methanex. It sells methanol, a clear petrochemical — the ultimate commodity. It would have been quite easy for them to simply recruit fleets of Japanese tankers to go and market this commodity to the world, letting the Japanese set the selling price.

But, Methanex turned the tables and did the un-Canadian thing by leasing their own fleet of tankers, setting up global distribution centres and building manufacturing plants throughout the world.  This simple decision to create a new business model allowed them to brand this commodity, thus creating supply security and customizing to client needs.  More importantly, Methanex now controlled the selling price because they now are market makers.

How can we start evolving from whiners to winners?

Second, brand everything you make or service.  Would you have believed twenty years ago that water would have been converted into a branded, luxury product?
Third, discuss, consider and negotiate mergers with competitors to grow into much larger entities better able to compete globally.

Finally, lobby government to free up the Canadian marketplace.

How can Canadian business seriously compete globally when it is not permitted to compete domestically? Cut the red tape, clean up the bureaucratic processes, and create an actual Canada-wide free trade zone. Given the opportunities and encouragement, Canadian business can compete successfully worldwide, but also can be innovative and can produce high value-added jobs for tomorrow’s labour market, ensure our long-term prosperity and avoid becoming a “no-name” country.

Mark Borkowski is president of Mercantile Mergers & Acquisitions Corp. Mercantile specializes in the sale of privately owned business. He can be contacted at mark@mercantilema.com. This Manufacturing Matters column was originally published in Advanced Manufacturing magazine in Jan./Feb. 2008.