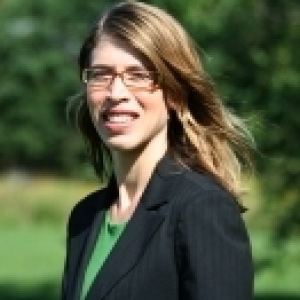 Since the launch of the FIT program in October 2009, several big wind and solar manufacturers have announced plans to set up or expand their operations in the province to capitalize on growing demand for Ontario-made products. Global manufacturer Canadian Solar is building a new facility in Guelph that will be capable of manufacturing 200 megawatts of modules a year and create around 500 jobs. Some 60 miles down the road, Siemens is establishing Canada’s first wind turbine blade factory in Tillonsburg, representing a $20-million investment and the creation of 300 jobs. South Korea’s Samsung is the largest foreign investor in the market to date, with its $7-billion contract from the Ontario government to develop the province’s wind and solar industries over the next 20 years.

Through the FIT program, Ontario is becoming a hot bed of green energy development, manufacturing and job creation. In December, Ontario Energy Minister Brad Duguid announced the creation of 1,700 clean energy jobs across the province.

The solar business in particular is seeing a surge in activity with new local content rules driving partnerships and investment. Starting this year, solar projects must meet a 60 percent domestic content requirement. Suppliers and manufacturers have responded by developing products and alliances to allow developers to meet the steep local content threshold. SunEdison, for instance, has begun deploying a locally produced racking system for solar rooftop installations across the region. The company is also manufacturing fully bankable solar PV panels in Newmarket, Ont., and has doubled production since December due to high demand.

Developments on the wind side are slower, with many OEMs and suppliers looking for more certainty about the long-term viability of the program before investing. Along with Siemens, Vestas and GE Energy are very active in the region. In terms of new manufacturing facilities, India’s Suzlon Wind Energy is said to be eyeing the province as a possible venue, but nothing definitive had been announced at time of print. Current wind manufacturing capacity in Ontario will not allow for developers to meet the increased local content requirement of 50 percent, which kicks in next year. So the market needs more OEMs to set up and form partnerships with local manufacturers and service providers.

The big elephant in the room for Ontario’s green energy industries is the upcoming provincial election set for next October. The opposition Conservative party is currently leading in polls and has been making negative comments in the press about the future of the FIT program, which was passed by the current Liberal government. Ontario taxpayers are being subjected to diametrically opposed narratives in the media about the potential impact FIT will have on the provincial economy, with critics blaming the program for energy rate hikes, and supporters pointing to job creation and investment. Experts say some of the big players are waiting to see what happens next fall before making a sizable investment in the market.

The other big question is grid capacity. Developers and manufacturers are very concerned about the timing and extent of the province’s transmission expansion plans to accommodate renewables. There are more than 250 renewable projects awaiting approval from the Ontario Power Authority, which was supposed to begin a testing process last August. The Economic Connection Test (ECT) will determine which grid expansion plans will go forward. The timing for this test remains uncertain, and with expansion projects requiring long lead times, developers are wondering when or if their projects will get a greenlight.

Despite this uncertainty, Ontario’s green energy industry is continuing to grow, and there are plenty of opportunities for wind and solar manufacturers and service providers to play a role in building the local supply chains. The next few months are critical as FIT projects seek financing, transmission expansion plans become clearer and supplier arrangements are finalized. While the future of FIT will not be entirely certain until after the election, the future looks bright for Ontario’s renewable energy industries.