News
Government to drop $5B on combat vehicle manufacturing, upgrades 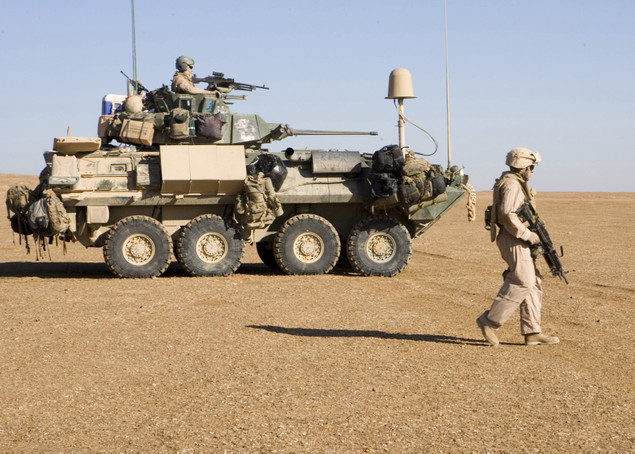 The Government of Canada announced plans to procure new land combat vehicles, with Canadian firms potentially participating in the manufacturing and assembly of vehicles as well as the engineering and support services over the next 25 years.

Defence Minister Peter MacKay made the announcement at CFB Gagetown in Oromocto, N.B., after word of the new funding leaked out on Tuesday.

The Family of Land Combat Vehicles (FLCV) projects, valued at approximately $5 billion, including an estimated $1 billion to upgrade the current fleet of Light Armoured Vehicles (LAV) III, will deliver the next generation of land combat vehicles, providing the Army with a flexible, multi-purpose capability that will enable the Canadian Forces to respond effectively and successfully to the full spectrum of military operations.

As part of this initiative, the current fleet of LAV III vehicles will be upgraded and three new fleets of land combat vehicles will be acquired, including Close Combat Vehicles (CCV), Tactical Armoured Patrol Vehicles (TAPV), and the Force Mobility Enhancement (FME) vehicles.

“These vehicles will provide the Army with the modern and robust equipment needed to fulfill its role in today’s increasingly dangerous operating environment,” added Lieutenant-General Leslie. “They will also ensure that we are ready to take on the challenges of the future.”

All FLCV projects are now entering the definition phase, which analyses procurement strategies and specific requirements. As part of this phase, the Government of Canada will partner with General Dynamics Land Systems – Canada to develop a solution for the upgrade of the LAV IIIs. When this contract is awarded, it will generate significant early economic benefits to the country, including sustaining employment

The four projects will deliver significant economic benefits across Canada, with Canadian firms potentially participating in the manufacturing and assembly of vehicles. Contract awards for the acquisition of all four fleets are expected for 2011. Specific acquisition costs will be determined as the procurement process proceeds.

In commenting on the planned announcement, Industry Minister Tony Clement said, “The Government of Canada remains committed to capitalizing on its major purchases to generate the greatest amount of economic benefit to Canadian industry and the economy at large. Canada’s Industrial and Regional Benefits Policy is in place to ensure that prime contractors generate long-term and significant economic activity in Canada.”
www.gdlscanada.com
www.forces.gc.ca