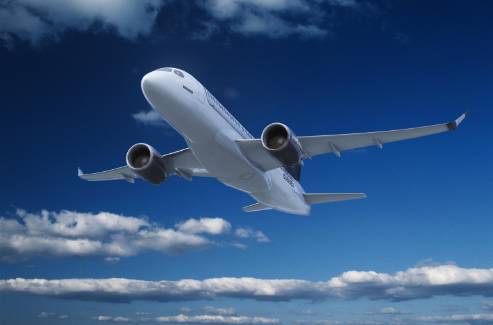 Canada’s aerospace industry is expected to post a modest profit of $620 million in 2009, despite declining demand for business jets, according to the Conference Board’s”Canadian Industrial Outlook: Canada’s Aerospace Product Manufacturing Industry – Spring 2009.
“Although the aerospace industry is being affected by the recession, it is currently faring better than many other industries,” said economist Valerie Poulin. “However, the industry’s customers are beginning to rethink or even cancel orders due to a decline in air travel and their difficulties raising credit to pay for new jets. The next 12 months will shape the industry’s longer-term well-being.”
Despite recent cancellations, the backlog of orders, which is equivalent to nearly two years of production, is still just below the industry all-time high. Industry production is expected to slow in the next two years, but output will still outperform the rest of the manufacturing sector. After an increase of more than 10 per cent in 2008, production growth is expected to slow to 1.7 per cent this year and decline slightly in 2010.
Profits fell to $592 million in 2008 and should remain relatively stable over the next two years. Profit levels are expected to grow steadily beginning in 2011. However, profit margins remain slim-they fell to a low of 2.7 per cent in 2008-and expected to average only three per cent annually over the next five years.
The study is sponsored by the”Aerospace Industries Association of Canada“(AIAC), the national trade association representing Canada’s aerospace manufacturing and services sector, and which released 2008 performance results for the country’s aerospace industry last week. Industry revenue reached $23.6 billion in 2008 – a $900 million increase from 2007. Aircraft, aircraft parts and components remained the largest revenue segment, totaling $12 billion and 51 percent”of overall revenues.
“Sustaining strong investments in R&D, and reducing trade barriers such as ITARs (International Traffic in Arms Regulations) are critically important for the aerospace industry – especially in these times of economic hardship,” said Claude Lajeunesse, president and CEO of the AIAC. “The industry is focused on developing new state of the art technologies that will be included in future major platforms all over the world.”
www.conferenceboard.ca
www.aiac.ca