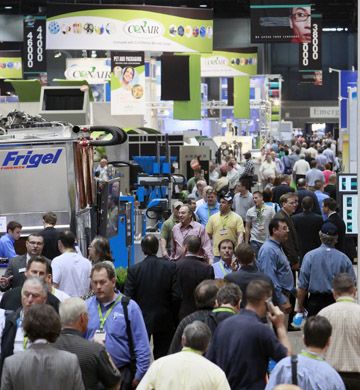 The NPE2009 international plastics exposition ended last week after exhibiting a high level of strength that contrasted with the current economic malaise and promised a better business climate to come, it was announced today by SPI: The Plastics Industry Trade Association. Attendee registrants at the Chicago-based show came from 101 countries, with those from Canada and Mexico making up the largest national groups.

Also concluded was an unprecedented array of co-located events and special programs, including conferences totaling more than 1,000 presentations, moldmaking and rapid product development trade shows, multi-exhibitor pavilions for emerging and specialized technologies, and other content. Registrations for the conference sessions totaled 3,213. 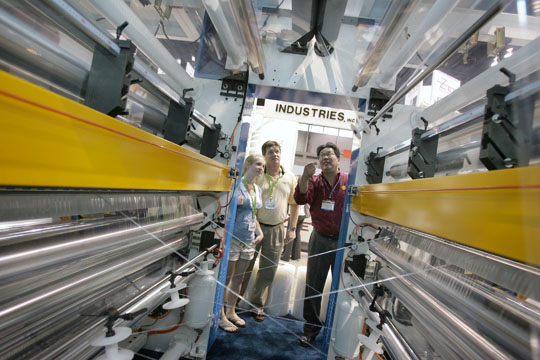 There was an inaugural event focusing on rapid product development, including a full-day presentation on rapid manufacturing technologies by 3D Systems. They also examined energy efficiency, displaying new systems for monitoring and controlling the amount of electricity used in a manufacturing plant.

Plastics professionals from nearly 19,000 companies came to NPE2009 during the past week to discover innovations, make connections, plan purchasing, and – often enough – close deals on the spot. The trade show portion of the event had 1,851 exhibiting companies on 977,660 sq.ft. (88,000 sq.m) of paid space. The preliminary total of visitor registrations by the close of the show on June 26 was 44,000.

While this registration figure was about 30 percent below the corresponding number for NPE2006, the number of companies represented by registrants was down only 17 percent.”””” “

“Over and over during NPE week, exhibitors and attendees rated NPE2009 a success as a showplace for innovation and a marketplace for doing business,” Carteaux said. “With very difficult economic times and travel reductions caused by concerns about the H1N1 pandemic, it came as no surprise that attendee delegations were smaller than in 2006, but those company representatives that did come to NPE2009 were typically significant players with real purchasing power.”

He took note of the unique makeup of NPE2009. “SPI, along with its co-locating partners, created an event of great range and technical depth, with events and programs designed to address the interests and concerns of the entire plastics value chain, including suppliers of equipment and materials, moldmakers, designers, processors, OEMs, and other end-use companies,” said Carteaux. “This strategy has contributed to the excitement and vitality of NPE2009, and we intend to improve upon and extend it as we plan for NPE2012.”

The international character of NPE continued to be prominent at NPE2009. Among exhibitors, one-third came directly from outside the United States. Of these, China accounted for the largest group, followed by Canada.” There were 29 “country” delegations–that is, organized groups of attendees from various countries.
www.npe.org
www.plasticsindustry.org