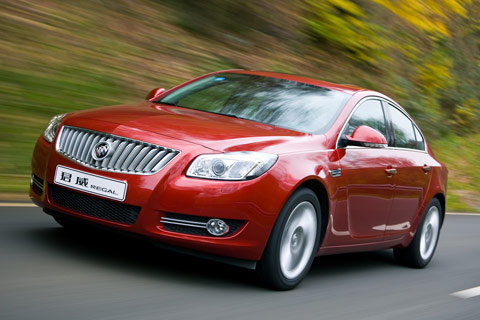 North American production of the all-new 2011 Buick Regal was today confirmed for the Oshawa, Ont., car assembly plant beginning in the first quarter of 2011. The new 2011 Regal is a mid-size sport sedan based on the award-winning Opel Insignia and it brings all of Insignia’s award-winning design, technology and European-inspired performance capabilities to the North American market.
"The new Regal gives Buick a modern performance sedan and its production here in Oshawa is terrific news for our employees, the CAW, dealers and suppliers," says Arturo Elias, president of General Motors of Canada. "Combining Buick’s top position in the industry in terms of brand quality with the Oshawa Car Plant’s long-standing reputation for top quality assembly means customers’ highest expectations will be met with this midsize sport sedan."

The Canadian Press reported that production of the Regal will require an additional shift at the plant, which will allow half of the 1,200 workers currently on layoff to be re-hired, said Chris Buckley, president of Canadian Auto Workers Local 222 in Oshawa.

Production of the new Buick Regal is the latest in a string of positive news for GM manufacturing in Canada, including:
• Oshawa Car Plant running maximum overtime since June 2009 that will continue into the new year to keep up with demand for the Chevrolet Camaro;
• Production of the Camaro Convertible in Oshawa beginning in Q1 2011;
• The recent addition of a third shift plus scheduled overtime at CAMI Automotive to keep up with strong demand for the all-new Chevrolet Equinox and GMC Terrain;

• The investment of $90 million in CAMI Automotive which will add an additional 40,000 units of capacity to current production and result in full employment at CAMI; and