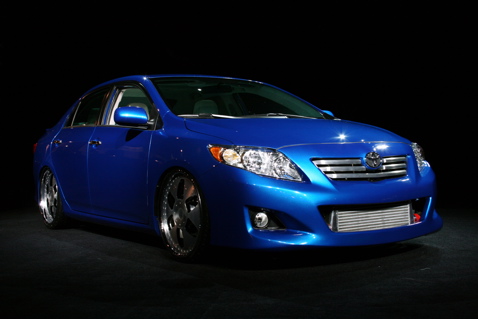 Toyota Canada Inc. set a new December sales record, as did the Lexus brand, Toyota brand and all four Canadian-built Toyota and Lexus models, which accounted for 54 percent of 2009 sales. Manufacturing operations increased employment and production to record levels in Toyota’s 22-year history.

"A strong finish helped [the company] record its third-straight year of sales topping 200-thousand, at 205,115, its second best year on record," said Yoichi Tomihara, president of Toyota Canada. "I just want to thank Canadians for making it possible to achieve record sales."

Made-in-Canada successes
One of Canada’s most popular cars, the built-in-Canada Toyota Corolla, set a new December record with 4,677 models sold (up 112.5 percent). It’s the third straight month the Corolla has set a new monthly record.

The built-in-Canada Toyota Matrix established its third-straight monthly record with 2,369 models sold (up 140.3 percent) for its best-ever December.

Another made-in-Canada success, the Toyota RAV4 continues its record- breaking sales streak, with best ever December sales of 2,036 models (up 47.3 percent). The RAV4 pitched a perfect game in 2009, setting new records each month for its best-ever sales year, at 25,784 models.

"2009 was a year of adjustment in the Canadian auto industry. As a company that responded quickly to the changing economy and the changing values, we were able to continue to deliver value to Canadian drivers," explained Warren Orton, Director at Toyota Canada. "From engine upgrades to new generations and all new models, plus several key awards for reputation, quality and retained value, Toyota is ready to welcome more drivers in 2010. To get things rolling, all Toyotas purchased in January or February will benefit from a new Toyota Complimentary Maintenance Program, which covers oil changes, tire rotations and other services for the first two years or 48,000 km of ownership."
www.toyota.ca
www.toyota.ca/tmmc.html