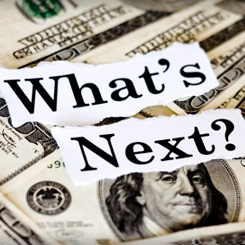 After an unprecedented year of upheaval, a return to profitability is on the horizon for Canada’s automotive sector, according to the Conference Board of Canada’s Canadian Industrial Outlook: Canada’s Motor Vehicle Manufacturing Industry – Autumn 2009.

“The Canadian auto industry appears to have turned a corner in the second half of 2009 and is expected to return to profitability in 2010,” said economist Sabrina Browarski. “However, production will remain below historical levels. Manufacturers will have to make concerted and ongoing efforts to streamline product line-ups, control costs, and innovate to maintain profitability.”

The industry will close 2009 with a pre-tax loss of $2.3 billion, but is expected to post a profit of $263 million in 2010. Good news will trickle into the motor vehicle industry gradually as the U.S. economy stabilizes and jobs are created through 2010. U.S. vehicle sales are expected to edge up to 11.6 million units in 2010, still well below their historic levels, but enough for industry revenues to rise by nearly 38 percent.

Canadian auto production virtually came to a halt at the beginning of 2009, operating at just 26 percent of capacity in January. For the year as whole, production will be barely half of what it was in 2007. Production is expected to steadily improve as U.S. car sales recover, but production will remain below its historic high in the medium term.
www.conferenceboard.ca

Related
Market for automotive sensors to reach $18 billion by 2015
Canada has ‘fallen considerably behind’ in productivity: report
Ontario manufacturing poised for growth in 2011, report says
Manufacturers make up 10 percent of Canada’s fastest-growing companies