News
Canada continues to trail other countries in innovation 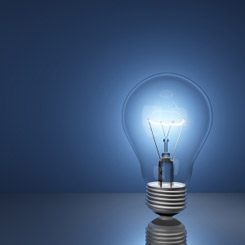 Canada continues to be a “D” performer on innovation in the Conference Board of Canada’s latest How Canada Performs report card, ranking in 14th place among 17 peer countries.

On the 12 indicators used to measure innovation performance, Canada gets one “B”, two “C”s and nine “D”s. Canada’s sole “B” is on the number of scientific articles published per one million population.

Canada ranks second to last on the new indicator – the number of international trademarks filed per million population—a measure of services sector innovations and non-technological innovations. Ten of our peer countries had at least twice Canada’s share of trademarks by population.

“Canada is well-supplied with educational institutions and carries out scientific research that is well-respected around the world,” said Gilles Rheaume, vice-president of public policy. “But, with a few exceptions, Canada does not successfully commercialize its scientific and technological discoveries into world leading- products and services. Canadian companies are rarely at the leading edge of new technology and find themselves a step behind the leaders.”

Countries with the highest overall scores have developed successful national strategies for innovation, giving them global leadership in one or more areas. For example: