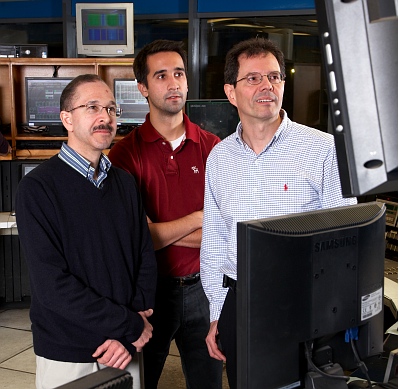 ArcelorMittal Dofasco’s long-term commitment to the community has earned the Hamilton-based company a position in the Canadian Manufacturing Hall of Fame.

ArcelorMittal Dofasco was honoured by Canadian Manufacturers & Exporters (CME) with the Hall of Fame’s Essence of Philanthropy award, recognizing an outstanding Canadian manufacturing company that has demonstrated a long-term engagement in philanthropic activities at the regional, provincial, national and/or global level. The award is sponsored by Great-West Life, London Life and Canada Life.

"Manufacturing is not just about business, it’s about communities and people," said Jayson Myers, president and CEO of CME. "Dofasco is the epitome of philanthropy. Its product may be steel, but its strength is its people. Its continued commitment to the Hamilton region is a model for other companies to emulate. I don’t think there is a better of example of philanthropy anywhere around the globe."

On top of this success, ArcelorMittal Dofasco’s involvement with the McMaster Advanced Control Consortium, an initiative that united students with industry leaders to collaborate on process control projects, was recently profiled by Manufacturing AUTOMATION magazine ("Forging collaboration," Jan./Feb. 2010).

"Our success as a company is linked to the success of the Hamilton community," said ArcelorMittal Dofasco president and CEO Juergen Schachler. "A sustainable domestic steel industry is the foundation for a strong manufacturing sector in Canada."

"We must continue to work together as individuals, as companies and through associations like the CME to support the wealth generation that only industry can achieve," he added. "By doing so we will help improve the communities in which we operate and provide opportunity for those that are less fortunate."

ArcelorMittal Dofasco was chosen by the selection committee for its unique culture of community engagement and its dedication to enhancing the lifestyle of the citizens of the Hamilton region, including its Community Strength initiative, which focuses on making Hamilton a livable city for all.

The award was presented to ArcelorMittal Dofasco President and CEO, Juergen Schachler at CME’s Roadmap to Recovery Summit in Ottawa.

Founded in 2003, by St. Clair College, Canadian Manufacturing Hall of Fame has been operated by Fred Sorrell, Vice President, College Advancement. For the past six years the Hall of Fame has recognized individuals and companies that have contributed most significantly to the economic, political, educational or technological development of the Canadian manufacturing industry. Its mission is to build public awareness of Canadian manufacturing’s rich history and of its importance to Canadian and international markets. Past inductees include Valiant Machine & Tool, Joseph-Armand Bombardier, Frank Stronach, Frank J. Hasenfratz as well as Harrison McCain and Wallace McCain.

This year, CME assumed the leadership of the prestigious Canadian Manufacturing Hall of Fame.
www.cme-mec.ca