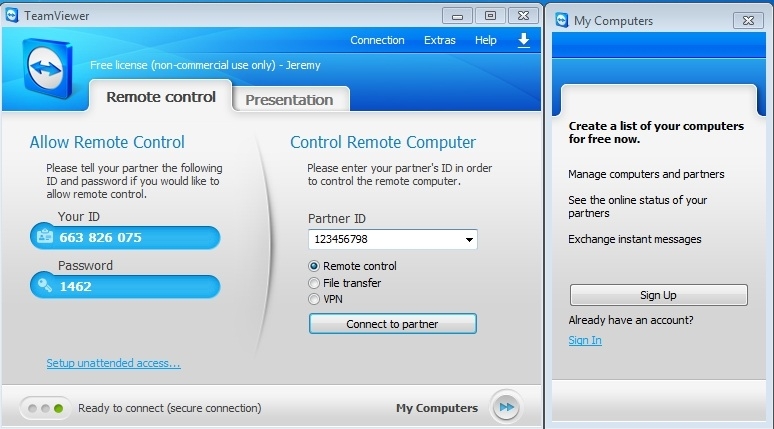 I recently received a call from an engineering buddy who was contacted by our customer about a level controller that was acting up at one of the water tower sites we control.

At the time, I was sitting at my desk in my home office, in my robe, drinking a cup of tea. (I’m sorry for the visual.)

Within minutes, it was clear that there was noise on the analog line, and the filter on the transducer wasn’t long enough. To address this, we decided to put some additional time filtering in the PLC code.

Five minutes later, the problem was solved and I was onto my second cup of tea – and still in my robe.

Remote access is not new. Remember PC Anywhere? Modem-based access to any computer that was also running the same software. All you needed was a phone line, but it was slow.

Enter Novell Networks, Windows 3.11, and then Windows 95, Windows NT and, of course, Ethernet. Did I mention the Internet?

How our world has changed. So, I wanted to make this column a general overview of some of the remote access solutions on the market today.

It’s different than a company-supplied VPN (Virtual Private Network) in that a VPN session on the Guest computer mimics your office computer from your current location, so that your session is the same as if you were in the office. It’s like your office desk moved to your current location. But VPN has many issues – just ask someone who spent two hours creating a document, and then the link went down, the session ended and, poof, the work was gone!

Remote access doesn’t create a session as such. It connects to the Host and allows you to control the Host as if you were sitting at your desk.

The one main issue that some IT departments have with remote access is the fact that most solutions need to have software installed on the target host computer. This software also opens a TCP port, which may require some firewall configuration.

Route1 Inc. provides secure two- and three-factor authentication schemes to access remote computers. The Host has to have an agent installed to access that computer using a USB device from any computer. It is not web-based, so the security is military-grade. I use it!

GoToMyPC and LogMeIn are two of the mainstays in the commercial marketplace. They are web-based, however, which could lead to security issues. The Host must have software installed, and then the Guest accesses the Host using a browser session. Trouble could be brewing from a public computer that could capture your keystrokes – a security issue. However, LogMeIn is free, so it could be attractive.

TeamViewer is a new entry. This doesn’t have to install any software permanently. It is browser-based and the Host computer has to be running the session at the same time. The software generates an authentication code that you have to enter in the Guest session. Once that is done, you can connect to the Host. Once you are finished, you simply logoff and you’re done.

This stuff is great for a one-time remote session. For example, if a customer is having an issue, you can instruct him to go to the TeamViewer website and run the code. He gives you the authentication code, and you are attached to the Host computer in real-time.

Route1 is the only company that doesn’t leave any traces on the Guest computer. Any web-based solution will leave traces in the cache. So, again, security is a potential issue on public computers.

Note that all solutions use encryption, and if you are always using your own computer as the Guest, then some of the security issues go away. Be careful, though, when using public hot spot wireless connections. These are vulnerable to attacks.

Regardless of the business you are in, remote access can be a boon to your mileage claims, and allow you to take the office with you anywhere and, of course, support your customers in real-time. I do it with all of my customers and, in fact, write code on the fly from where I am – like in Jamaica on holidays.

Unlike a VPN, your session is still local on the Host, so if the connection is dropped, you pick it up from where you left off.

But always remember that security is king, and check with the associated IT groups for guidance. At 3 a.m., you will thank yourself for being prepared!

This column originally ran in the October 2011 issue of Manufacturing AUTOMATION.