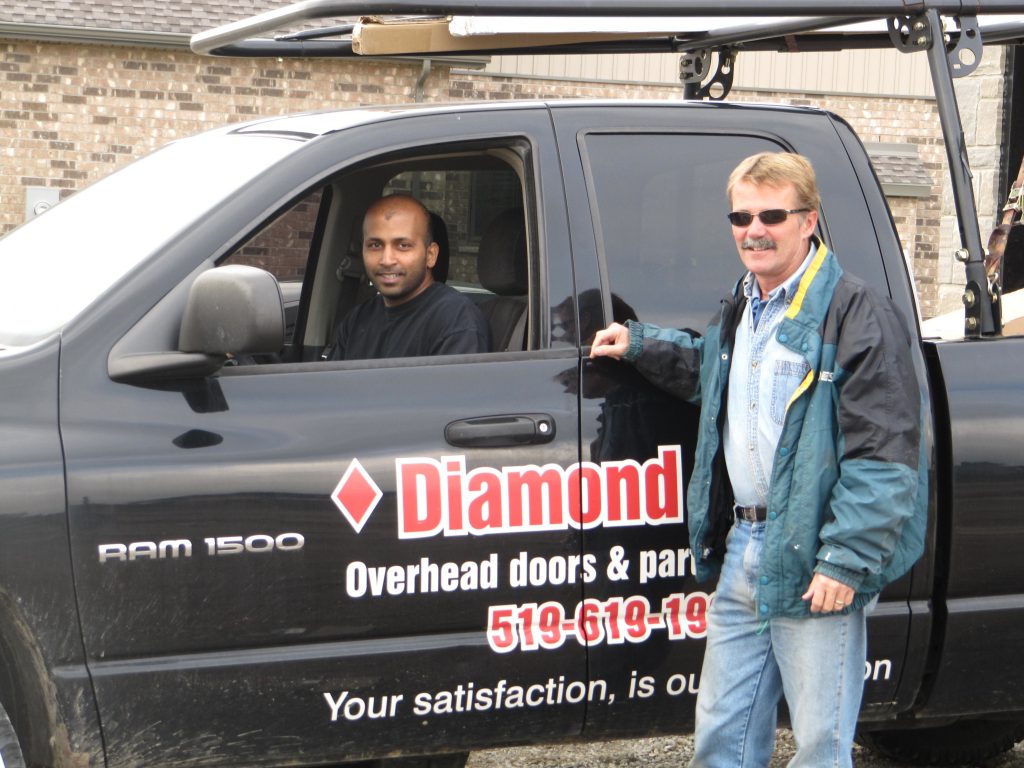 After spending a day working with Sam

Meet Sam. He’s not my son-in-law, but he’s certainly more than my daughter’s boyfriend; he’s the father of my grandson – “baby Paul,” named after yours truly. I don’t know what the heck to call him most of the time, except Sam, the hardest working 30-year-old I know. He has his own company installing and servicing garage doors, and for kicks (while on my sabbatical), I decided to help him out and learn his trade.

And boy, did I learn a lot.

In case you haven’t been following this column, my name is Paul, and 30 years ago I founded a company that grew and prospered to the point that I could take a six-month sabbatical to rest, reflect and plan. I figured I’d do Sam a favour and teach him a little bit about business, while at the same time sweating a bit and getting a nice little physical workout. At 54 years old, a bit of sweat and honest work would do me good. But it turns out that he was the one teaching, and I was the one learning.

The first lesson Sam taught me was about Lean manufacturing. I took the courses, listened to the seminars, hired the consultants, and thought I had it all figured out – until I watched Sam install garage doors. The money he makes every week correlates directly with the number of doors he sells and installs, and although the doors may all be similar (one of six or seven models), every customer and every situation is different. The more he installs, and the more customers he satisfies, the more money he makes.

The first thing I noticed is that he doesn’t waste any motion or effort at all. If he walks past a door, he adjusts the hinges, picks up tools or collects the packaging – all while just walking from the left side of the door to the right side. His tool kit only has a dozen or so tools – three open end wrenches, two sockets, one screw driver, a drill, a set of vice grips, a measuring tape, and a couple of other little things. He wastes no time at all looking for the right wrench or socket, because there’s only a couple in his kit. For 95 percent of the jobs, that’s all he needs. In the truck, he has a complete set of tools, but that only comes out when he faces a complete anomaly, which is rare. As I watched him, I realized that even though he wasn’t breaking a sweat, few people could keep up with him. He never wasted a movement, let alone a moment.

When we unloaded a door and all of the associated hardware off of his truck at a job site (rails, openers, hinges, etc.), I noticed that it all seemed to flow naturally off of the racks. It was then that I concluded that he had packed his truck that morning in precisely the order he needed to unload it. When we unloaded, he was equally methodical: rails on the sides, door sections in the middle (oriented the right way), and tools at the front. Oh, and a couple of water bottles beside the tools.

In about as much time as it took to unload the truck and set up, the job itself was done, and we were sipping on the water that he had brought along for the job. And that’s when I learned the second lesson: a satisfied customer is a truly inspiring thing.

As my own company grew, I became less and less connected with the actual users of my company’s products. Marketing created the need, sales brought in the PO, admin and production processed and fulfilled the order, engineering and R&D were engaged as needed, and a phenomenal service department filled in any gap that any other department may have missed or messed up on.

I was connected to the key accounts on a peer-to-peer level, or indirectly through the monthly income statements and reports. Occasionally I would be connected directly, but only when a dissatisfied customer couldn’t be contented by the service team. But working a day with Sam reminded me what good business is all about: satisfied customers.

That day working with Sam included three different jobs: replacing an old wooden double garage door; a service call replacing a broken spring; and installing doors on a brand new home. The common denominator though was the customer’s satisfaction. At the completion of every job, the customers were not only satisfied, they were beaming and pleased with the purchase decision they made.

Every time somebody buys something from your company, whether a product or a service, are they satisfied with their purchase decision? Are they pleased they selected your company?

After spending a day working with Sam, I gained a better understanding of what Lean manufacturing is all about, and a valuable reminder of what being in business is all about.

This column originally appeared in the November/December 2011 issue of Manufacturing AUTOMATION.

Related
The even bigger picture
Marketing: the missing ingredient in manufacturing companies
Growing your business: Part 2
Closing the gap: minding what matters most
Tags