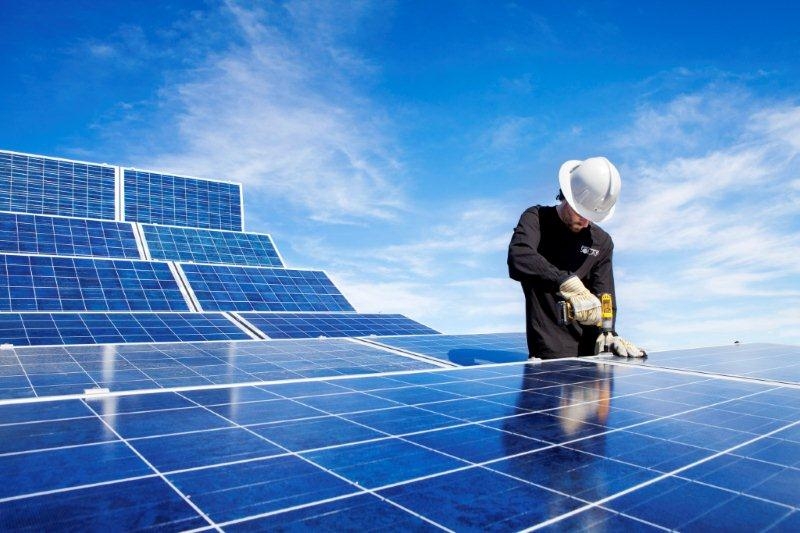 The Northern Alberta Institute of Technology (NAIT) and the city of Edmonton are collaborating on a solar energy research project that’s evaluating the potential of the sun to produce green energy in Edmonton, one of the sunniest cities in Canada.

Alberta’s first solar photovoltaic (PV) reference array system has been installed on the roof of NAIT’s main campus. The system consists of south-facing solar panels positioned at angles commonly used in the construction industry. Energy produced by the modules will be tracked and measured, becoming a reference for solar PV potential in the Edmonton area. Ultimately, this information could lead to greater adoption of solar energy technology.

Natural Resources Canada has ranked Canadian municipalities on their yearly potential for producing solar energy. Edmonton is ahead of Canadian cities like Ottawa, Montreal and Toronto, and international locations like Beijing, China and Washington, D.C.

The data from the solar reference array will benefit homeowners and industry, becoming a reference for solar PV potential in the Edmonton area and surrounding communities. With this information, a homeowner could accurately determine how much power a residential system would generate, based on location and angle. The array could serve as a model for similar systems through western Canada and the north.

The reference system consists of six PV modules arranged at fixed angles on the roof of the Shaw Theatre at NAIT’s main campus, near the corner of Princess Elizabeth Avenue and 106 Street. The angles correspond to those typically used for solar installations in Edmonton. Each of the six modules is paired with a duplicate module placed at exactly the same angle. During the winter months, snow will be cleared from half of the modules. By pairing modules at exactly the same angles, researchers will be able to compare the effect of snow clearing versus snow cover on energy production.

Energy produced by the modules will be tracked and measured. This data will be made available to students in NAIT’s Alternative Energy Technology program, researchers within the NAIT Centre for Renewable Energy Technology, the city of Edmonton and the project engineers at Howell-Mayhew Engineering Inc., who, along with the Solar Energy Society of Alberta, acted as consultants on this project.

“This is a unique municipal post-secondary collaboration that will greatly benefit our students,” said Dr. James Sandercock, chair of the Alternative Energy Technology program. “The design and system evaluation associated with this project mirrors the type of work our graduates will do in solar, geothermal and other alternative energy technologies. We’re very excited about all the possibilities this presents.”

The city of Edmonton has created a web page that provides useful information about solar PV systems. In time, data from the array will be shared through this portal. For more information, visit www.edmonton.ca/renewableenergy and click on the NAIT Solar Array banner.