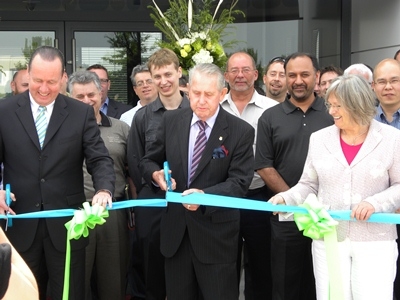 Phoenix Contact officially opened its new state-of-the-art Canadian Headquarters in Milton, Ont., on Monday, the culmination of more than five years of planning.

The new facility is equipped to offer training and proof of concept testing, as well as an extensive showroom and exhibition area. The new building houses a warehouse and a value-added area, as well as offices and training facilities.