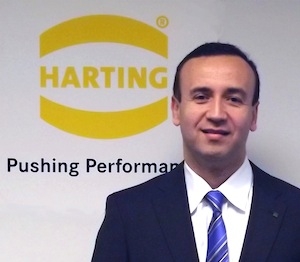 DeSouza, who retains his existing responsibilities as Executive Vice-President of Sales for Harting, Inc. of North America, says the company’s intention is to build a local sales and support structure to support the Canadian market. In Harting Technology Group’s 2012 fiscal year that ended September 30, 2012, the Americas enjoyed the largest revenue growth of any region – 13.6 per cent to more than €50 million – with Canada contributing to a significant portion of that growth.

“Our North America strategy is focused on proximity to our customers and distributor base where both the US and Canada play very important, but distinguished roles,” DeSouza said in a statement. “The first step was to establish Harting Canada, Inc. with headquarters in Montreal and Claude Gravel as our Canadian Regional Sales Manager. Now we’re ready for the next step in building our sales team: the appointment of an Area Sales Manager to focus on Ontario, which will be announced in a matter of weeks.”

“Our financial performance beat plan, and we acquired significant knowledge about the Canadian market. There is great value in being present in the market, meeting customers face to face, learning about their needs and market demands,” De Souza added.