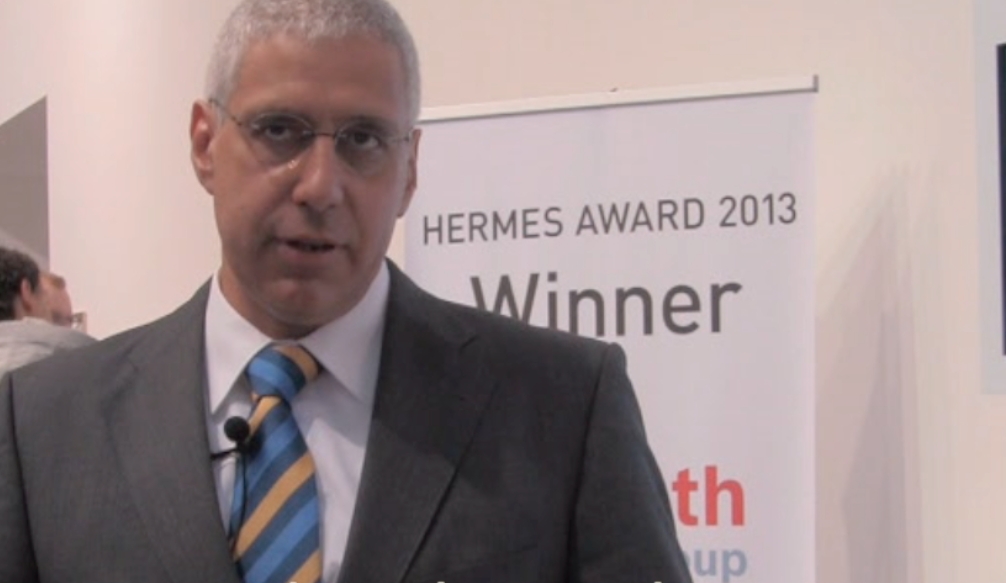 “This year’s HERMES AWARD has been won by Bosch Rexroth, an internationally successful manufacturer of high-tech products. For many years the company has exhibited at HANNOVER MESSE in order to present its dynamic innovation processes to decision-makers. The award-winning solution makes a major contribution to ‘Integrated Industry’ and will accelerate the trend towards networked industrial production,” explains Dr. Jochen Köckler, Member of the Managing Board at Deutsche Messe AG.

Bosch Rexroth has received the HERMES AWARD for its Open Core Engineering project, which unites the previously separate worlds of programmable logic controllers (PLC) and information technology (IT). Bosch Rexroth has created a seamless solution based on open standards, software tools, function packages and the Open Core Interface. Traditional PLC-based engineering can now be combined with the enhanced capabilities of high-level programming languages. In addition, innovative functions can be run as native applications on external devices such as smartphones. Via these native apps it is possible to read data as well as to write data directly to the controllers. This gives OEMs an opportunity to differentiate themselves from their competitors by creating customized software functions without the direct support of the respective controller manufacturers.

The HERMES AWARD was presented by the Federal Minister of Education and Research, Dr. Johanna Wanka, at the HANNOVER MESSE Opening Ceremony on 7 April. “Industry is on the threshold to a fourth industrial revolution. The Open Core Engineering project is an outstanding example of the potential of Industry 4.0 for innovative and efficient communication in the field of production,” Minister Wanka emphasized in her prize-giving speech.

“The Jury of the 10th HERMES AWARD has singled out a software product for the first time. In the context of Industry 4.0 more and more factory automation functions are being transferred to software. The award-winning solution will simplify the migration from today’s factory-based world to the Internet of Things. Open standards will ensure that the digital product memory will be available everywhere in real time,” added Dr. Wolfgang Wahlster, Chairman of the Jury and CEO of the Research Center for Artificial Intelligence (DFKI).

Along with the winning firm, Bosch Rexroth AG based in Lohr am Main, the following companies were also nominated for the 2013 HERMES AWARD: Ebm-papst GmbH & Co. KG, Mulfingen; Hirschmann Automation and Control GmbH, Neckartenzlingen; KAESER Kompressoren AG, Coburg; and Schildknecht AG, Murr. The award-winning and nominated products/processes will be on display at the companies’ stands during HANNOVER MESSE 2013. In addition, “tech transfer – Gateway2Innovation“ in Hall 2 (Stand D12) will present detailed information about all the nominated submissions and companies.