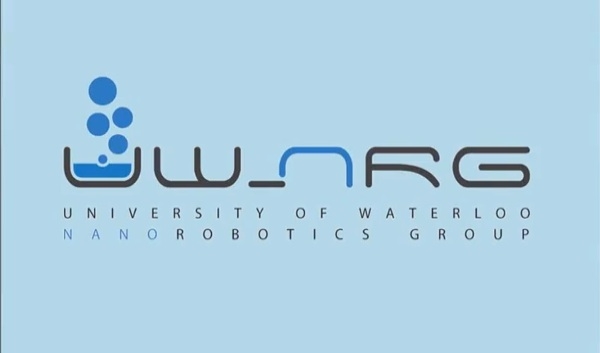 A team of undergraduate students from the University of Waterloo has won a significant microrobotics competition, and they did it in less than one second.

The Mobile Microrobotics Challenge took place at the International Conference on Robotics and Automation in Karlsruhe, Germany. The Waterloo team won the Autonomous Mobility Challenge, where the microrobots must autonomously navigate a track in the shape of a figure eight.

“This winning team consists of engineering students who were supported by colleagues from arts and math. The fact that they worked together so well to win this competition speaks to the collaborative spirit and multidisciplinary approach we take at Waterloo,” said Feridun Hamdullahpur, president and vice-chancellor of Waterloo. “They surpassed graduate students and postdoctoral candidates from other top universities, which is indicative of their work ethic and high skill. I congratulate them on their victory.”

The microrobots were 500 micrometres in size—less than the thickness of a credit card—and competed in an arena measuring 3.5 millimetres by 2 millimetres. Waterloo’s team finished three runs with a winning average time of .33 seconds. Organizers set up a microscope over the tiny arena and projected the race onto a large screen so that spectators could see the action.

Matthew Maclean, a third-year student in software engineering, was the controller for the Waterloo team—much like being the driver for a racing team. He controlled the microrobot with computer code, and says precise movements are critical in order to avoid catastrophe.

“When you have something that small, if you are a few milliseconds too slow when controlling the robot, it could end up off the course at a distance 100 times its size,” said Maclean. “We do lose the robots from time to time when testing because it’s like trying to find a speck of dust.”

The implications of this performance can lead to progressive leaps in the development of micro-scale applications including targeted drug delivery, minimally invasive surgery and advanced electronics manufacturing.

The Waterloo team consists of about 45 undergraduate students, and works under the University of Waterloo Nanorobotics Group, or UW_NRG. The students defeated six other teams from Canada, the United States, France and the Czech Republic. This is the second year a Waterloo team has won this competition.