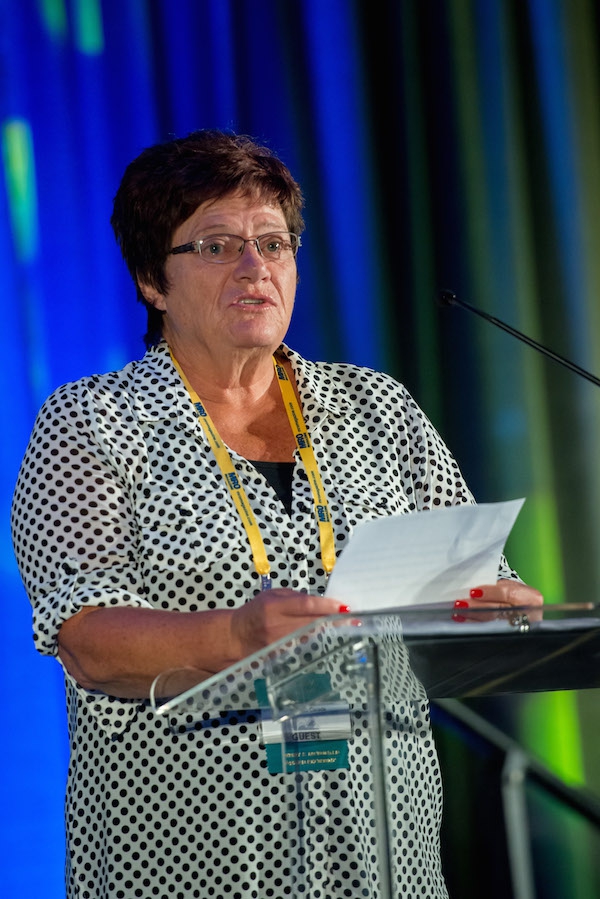 Nov. 11, 2014 – Pat Wheeler of Motion Industries Canada has been recognized with the inaugural Wendy B. McDonald Award for establishing “herself as a critical contributor to her company’s success” and for affecting “positive change within the power transmission/motion control industry.”

Launched this March by the Power Transmission Distributors Association (PTDA) Foundation, the award honours the memory of Wendy B. McDonald, a true pioneer of the industry, it says.

“A trailblazing woman business owner, Mrs. McDonald left many legacies through her long career in the industry. Her charm and grace are legendary as well as her philanthropy and commitment to give back to the industry and the communities that led to her success,” noted the foundation.

In her acceptance speech during the PTDA Industry Summit last month, Wheeler credited McDonald with being her idol and mentor in her 34-year career.

Wheeler joined Motion Industries Canada (formerly BC Bearing) in Kitimat, B.C., in 1980 as a shipper/receiver. She moved into inside sales and then to office manager in 1990. In February 2003, she was appointed branch manager — the only female branch manager in the company at that time. In 2008, she was recognized by McDonald at the annual sales meeting for how she managed her territory.