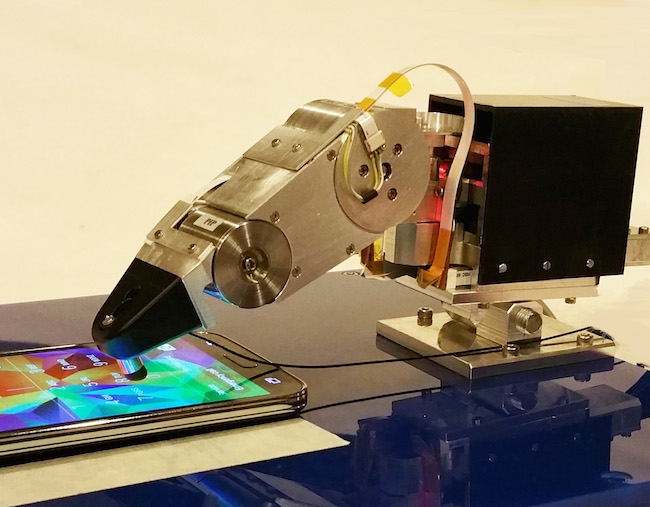 Apr. 22, 2015 – At Automate 2015 show, SMAC Moving Coil Actuators introduced a prototype version of what they say is the world’s first direct drive servo motor robotic finger. The structure weighs about 350 g and is physically about 1.5 times larger than the average male finger. SMAC says it expects an early 2016 release to be shortly followed by a robotic thumb, followed by a true functional robotic hand capable of reproducing work done by human hands. The motor is a servo “partial” motor and is equipped with a rotary encoder with 15.5K counts per revolution. According to the company, it achieves a high torque/diameter ratio due to its magnetic circuit design and coil design. Another 35MM motor acts as the second joint (MCP FLex), which puts out a torque of 630 mNm and can exert a resultant force of 7N at the tip. Both motors move  +/- 45 degrees as human joints do. A third motor operates as the first joint (MCP Abd), moving side to side.