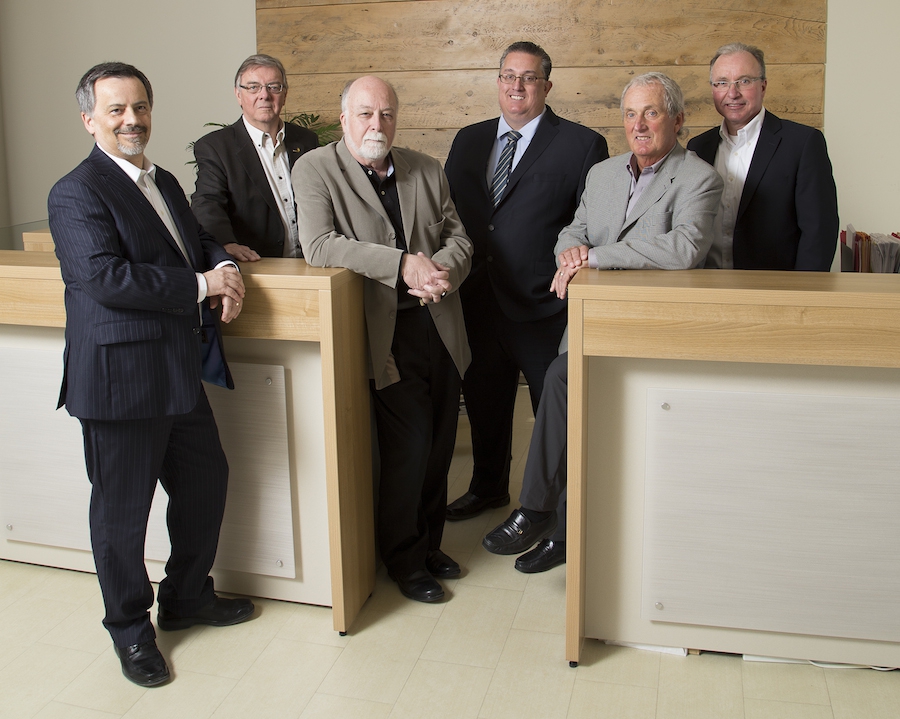 Jun. 12, 2015 – We all know how the growth of technology has hugely impacted the 21st century, but how important is it to consider the fast pace of this advancement? On one of the first sunny days this spring, Manufacturing AUTOMATION’s editorial advisory board gathered for its yearly roundtable to discuss the outlook of the sector as a whole, fuelled by the spread of technology, the new age of workers and increased collaboration between industry members. Thanks to this “snowball effect,” the face of manufacturing will continue to evolve faster and faster with both positive and troubling repercussions, say our members.

The new generation
Work-life balance can be a common distinction between generations in the workplace, notes Piero Cherubini, dean of the Faculty of Skilled Trades and Apprenticeship at Mohawk College of Applied Arts and Technology. “People of my age group, we go to work and we do our 60, 70, 80 hours a week. Younger folk have a different look in terms of balance and quality of life, and I don’t know that at the end of the day, they don’t have it right,” says Cherubini. “At the end of the day, it could be a positive one.”

But Bill Valedis, vice-president of Precision Training, Products & Services points out there are some problems with this change in attitude. Referring to Asia, he says “you see that people are so focused in their careers. Maybe [the younger generation] has it right and we have it wrong, but here’s what we’re competing against.”

“If we don’t graduate a proportionate number of people that are interested in and engaged in wanting to be part of the next generation of manufacturing, we’re in trouble,” says David McPhail, president and CEO of Memex Automation. He says he believes the manufacturing industry is no longer “painted in a bad light” thanks to the worldwide adoption and advancement of technology. “I mean with the menial stuff, if you’re in a manufacturing environment and you’re still harnessing menial labour without automation, you’re dated.”

Another thing that has changed significantly is the automatic following of the family’s footprints in business — working where grandpa and dad worked, says David Green, technology and business-to-business consultant. “The millennials, based on recent figures, have a job for three to four years then move on. People see that as negative, but it’s learning new skills, it’s getting better prepared to be in other environments and contribute.” Manufacturing today is so much more than just a plant floor, he notes, as it is now increasingly incorporating the creative arts and sustainability, among other elements. “I think manufacturing is so different that we have to look at it differently. The innovation needs to look at what business is all about and what kind of people you need to work in that environment today.”

Innovation
But with innovation being the non-descript word it is, how exactly would you define it, asks Al Diggins, president and general manager of Excellence in Manufacturing Consortium. McPhail believes it means “constantly challenging yourself to do something different.” With tariffs and barriers to entry between countries diminishing, “it’s about who can build the mousetrap the most efficient who wins and that constantly changes,” he says.

One way a company can promote innovation is by implementing it as a culture, says McPhail. “One that is set from the top down. It should be right in the mission statement of the company.” He believes that investment is key in supporting a culture of innovation. “If the purse strings of the company are tied so tight that you can’t buy new equipment, then you’re limited in the type of innovation you can undertake.”

Don McCrudden, vice-president of business development for Festo, brings a unique perspective. “Innovation isn’t only in the components. It takes on different forms all over the place. [It] is also in how you bring those components into the real world with clients and solve real-world problems. It could be all kinds of things.”

The catch-up
With how quickly today’s technology is progressing, the sustainability of workers and their skillset is a key issue, believes Green. “Time to market now can be six months, not the 18 months to two years it used to be. Therefore you will need your operators for specific applications or machinery to constantly upskill.” Green adds that in other countries, innovative approaches are taking worker training online, sometimes with the use of virtual reality simulation. “I think there’s some innovation and collaboration needed absolutely, it’s part of [becoming] equal skin in the game in terms of investment, not just as a company but as an industry.”

The more automated the manufacturing process becomes and will become in the future, the more we need to offer different types of training, McPhail says. “There’s going to be a huge — there already is — skills void in people that can support that type of equipment. I don’t think we graduate enough people from college and university that are capable of being put into that scenario. That skillset is always a catch-up,” he says. “It’s only going to get worse if we don’t change that because the equipment is not going to get dumber — it’s going to get smarter.”

Cherubini says that more and more employees are identifying a need for workers with essential skills along with the harder skills. “They’ve tried to keep up with the technology and the robotics and everything else going into the workplace but the other ‘pressures’ we feel we need them to have are their literacy, numeracy and the need to work as a team,” he said. “You try to wrap all that up in a one- or two-year program and have that person hit the floor running but by the time they hit the floor running, the technology has changed.”

“The environment on the plant floor is changing so rapidly that we really don’t have the time or resources […] to act in a proactive way to budget or plan, and it doesn’t seem to be working. It’s like trying to manage something that’s in the form of Jell-O and not concrete yet,” adds Valedis. “In the area of educating ourselves and tweaking the processes and making efficiencies wherever we can, I feel [like] we’re still reacting. The gap that we talked about five years ago — the skills gap — well it’s here and we’re still reacting.”

The connected factory
The term ‘connected factory’ is often synonymous with Industry 4.0, the emerging industrial revolution that consists of highly automated, smart machines that operate with and around humans and each other.

Diggins says the issue of cybersecurity created a lot of concern when connected systems first hit the industry. “We saw a lot of fear headed this way. A few years ago, [manufacturers] were worried about everything being intercepted.” While he agrees security attacks are
still an issue, he believes this fear isn’t nearly as prevalent.

“The average return for companies that embrace the connected manufacturing model is somewhere around 300-400 per cent in return-rated capital,” says McPhail. “That’s about a three- to four-month payback.”

But the smart factory — or data-driven manufacturing, as McPhail calls it — is more than improving a bottom line, as it can boost efficiency by measuring continuous improvement initiatives by real-time monitoring. After all, you can’t manage what you don’t measure, he says.

“If we don’t adopt some kind of data-driven manufacturing process — whatever that might be — we’re going to be left behind because the rest of the world is doing it,” he cautions. With the increase of automation, the manufacturing process can be so much more condensed, he says. “It’s only going to be more condensed because the faster the manufacturer can address a market requirement, the more likelihood they’re going to stick around, then that business grows and this whole thing snowballs again.”

This article previously appeared in the June 2015 issue of Manufacturing AUTOMATION.

Related
MA editorial roundtable: A recipe for growth
Manufacturing effectiveness: Excellence is not a skill — it’s an attitude
The manufacturing industry and education: Let’s cut the crap and discover the gap
Editorial: Turning cybersecurity awareness into action
Tags