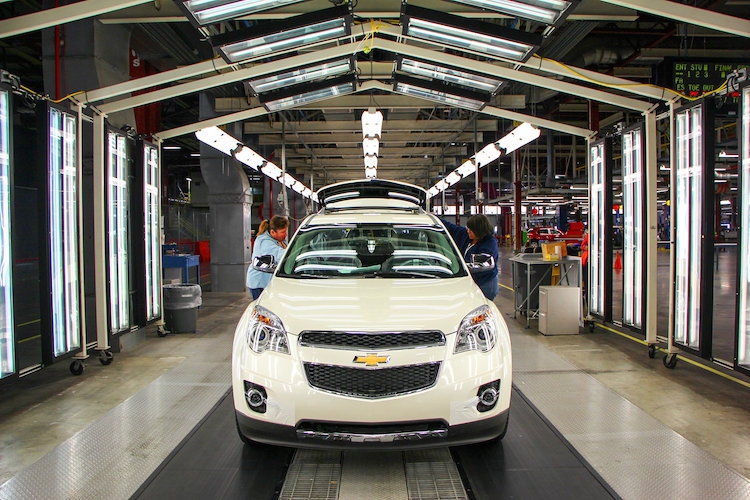 Aug. 20, 2015 – Steve Carlisle, GM Canada president and managing director, has announced GM will invest $12 million to increase Chevrolet Equinox production on the consolidated production line at Oshawa Assembly and for related changes in the body shop at CAMI Assembly.

According to the automaker, this investment in Ontario-based production and supplier tools will help to meet strong North American customer demand for the Chevrolet Equinox. The investment extends plans on the consolidated Line production into 2017, noted company representatives.

“This new investment represents a very effective way for us to meet strong demand for the Chevrolet Equinox and it’s positive news for our community. We are focused on delivering great products for our customer,” said Carlisle.

The investment builds on GM’s Ontario Equinox “shuttle program” and allows the company to ramp up production. In 2010, the innovative Equinox Shuttle program was established between GM’s Ingersoll CAMI and Oshawa Assembly operations. CAMI’s Body Shop produces extra Chevrolet Equinox units beyond the plant’s existing capacity to paint and assemble them. Vehicle body assemblies are then shipped to the Oshawa plant for paint and final assembly.