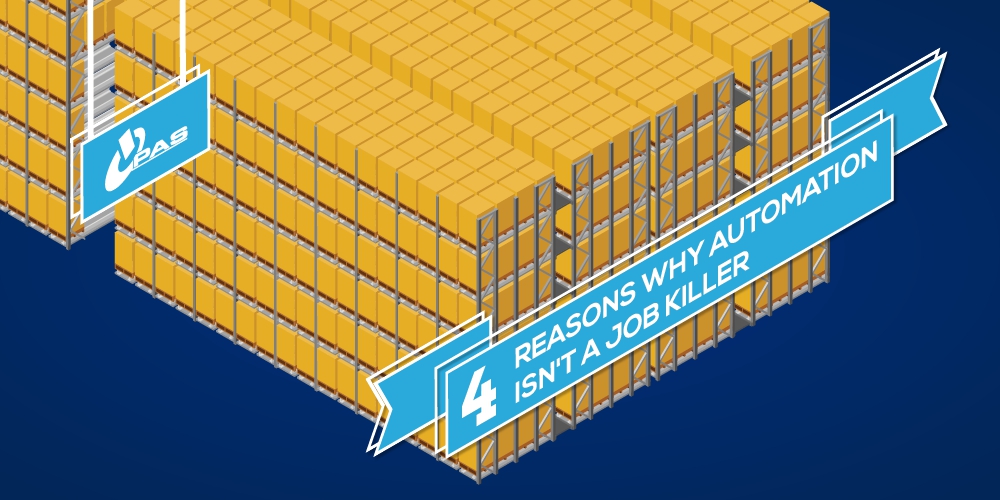 Oct. 1, 2015 – Like something straight out of an Isaac Asimov novel, many fear that robotics and artificial intelligence will soon take over for humans. Some say that robots will render our jobs obsolete, leaving us to vie for skills and education that many simply won’t be able to obtain. Take a deep breath. Automation isn’t taking our jobs, and here’s why.

• Robots aren’t human
It’s true that robots provide a level of accuracy, consistency and endurance unmatched by humans. It’s also true that robots can perform tasks that are physically impossible for human workers. But it boils down to one thing: machines can’t think or act like humans, and they’re far from being able to do so. The human mind is the most complex piece of machinery there is, capable of making split-second decisions. That leaves greater opportunities for workers to stretch their creative and problem-solving muscles.

• Humans and robots need each other
As more companies embrace new technologies, humans are freed up to make important decisions that machines can’t make. That leaves robots to do the grunt work, which makes humans more productive. Scott Stone, director of marketing for Cisco-Eagle, recently busted some myths about automation and its potential impact on warehouse jobs.

In the post, he concludes, “As the younger generation of workers increasingly replaces those leaving the workforce, organizations that have invested in talent will reap the rewards of a more efficient workforce. With some of the more repetitive, mundane, or dangerous work being automated, highly skilled and well-educated younger workers can then focus on more value-added work for the warehouse facility.”

• The world is getting bigger
Our needs are growing, but not at a pace that we can’t keep up with. That’s why MIT professor and economist David Autor isn’t concerned. In a recent article, he shed some light on a study he did in graduate school in which machines were introduced to factory floors. He said that while “most managers thought they were turning workers into unskilled machine tenders,” what resulted was a “higher demand for people who could do abstract reasoning and control those machines.” As industries expand and more automation is required, humans will be required to oversee that automation and pick up the intellectual slack.

• As technology gets smarter, so will humans
It isn’t a secret that recent waves of technological breakthroughs have eliminated the need for workers across several industries. But technology is merely replacing a certain type of worker. The onus is on people to develop critical thinking skills now that will ensure them a place alongside burgeoning technology, and to maintain a symbiotic relationship between robots and humans.

This article was originally posted on the Power Automation Systems blog.