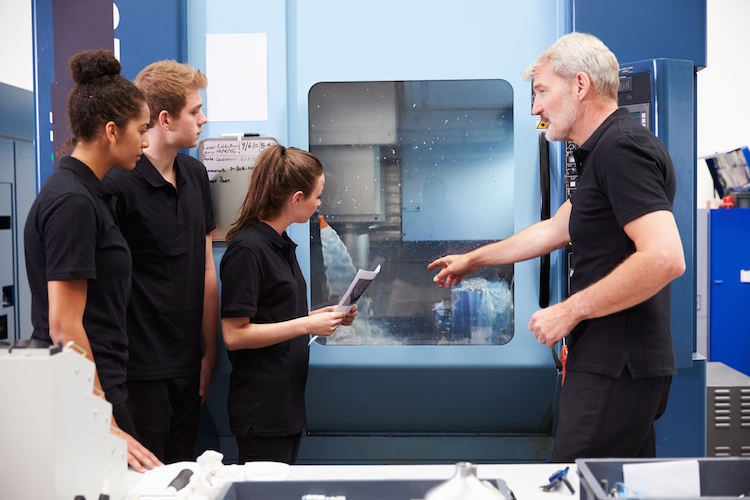 Oct. 7, 2015 – Though parents and youth say they believe career opportunities in the skilled trades to be limited, the Canadian Apprenticeship Forum (CAF-FCA) published a new national report today indicating the opposite is true.

With insights and observations from 754 certified journeypersons across Canada, The Benefits of a Skilled Trades Career: Journeyperson Perspectives and Experiences sheds light on career progression in the trades. Journeypersons point to benefits including good pay, interesting work, full-time employment and the job satisfaction that comes with building or creating something.  Based on a national survey with tradespeople at various stages of their career, 50 per cent of respondents reported making more than $80,000 annually.

“In recent surveys to gauge parent and youth understanding of the skilled trades, we were disappointed with the perception that skilled trades careers are ‘dead end jobs,’” said Sarah Watts-Rynard, executive director of CAF-FCA. “This study reflects a much different reality, one of broad opportunity both in the trades and in related occupations. Tradespeople often transition into different fields, including teaching, training, management and business ownership. We need to share that story with young people.”

When asked what a skilled trades career brought him, one respondent said, “Massive adventure. I bought my first house at 21 and had a successful business by 24. I travelled around the world, became a professor by age 30… [all while] my university buddies were still eating Kraft Dinner.”

Another respondent said, “I would question the notion that front-end programs, like degrees and diplomas, are equivalent or superior to an apprenticeship as they often lack the most critical component-social interaction in the context of the workplace. No one ever learned how to be a senior executive at school. They learned it at work.”

The survey found that the majority of journeypersons valued their Red Seal endorsement because it made them more employable and enhanced their labour mobility. Many had also become mentors themselves, expressing satisfaction in becoming leaders who promote a positive work environment, model good safety practices and facilitate team collaboration.

These findings will support conversations with youth, parents and educators, and be included in future updates to CAF-FCA’s career awareness resources.