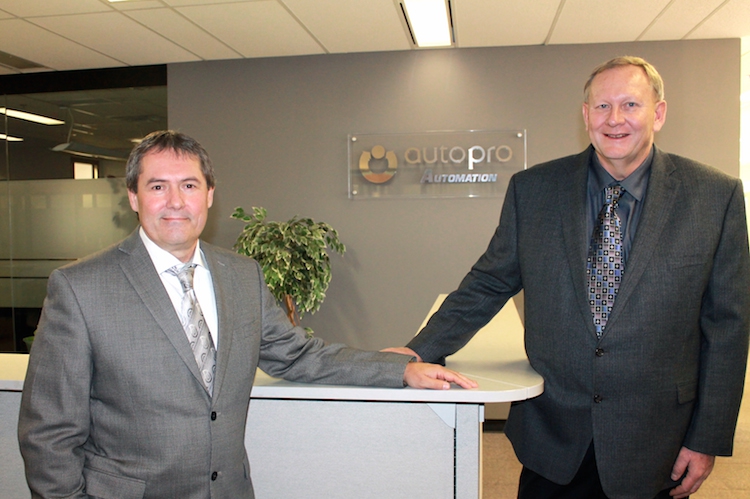 Nov. 5, 2015 – Congratulations to Autopro Automation Consultants for reaching its 25th anniversary this year! The company, with its head office in Grande Prairie, Alta., was established in 1990 by Mike Lane, CEO, and Bob Beattie, vice-president risk management.

According to company representatives, it was “gradual growth and strategic expansion” that resulted in today’s eight office locations across Western Canada.

“We felt strongly that there was a better way to execute automation projects for customers, to help them get better business results. That was the genesis for striking out on our own,” said Lane, “but our single biggest achievement is that we have attracted and developed a core group of dedicated people that really understand the value in disciplined project execution for our customers. That same core of people are highly motivated to make us the best that we can possibly be, and I can’t think of anything else we’ve accomplished that’s more valuable to the company, our customers, our staff and our shareholders.”

Beattie added, “In those early years we worked incredibly hard, and some of my fondest memories are of watching our staff mature as the organization did. There’s a lot of personal satisfaction in seeing the people that came to Autopro straight out of school and at this point are very, very accomplished technical people and in very high demand in the industry. We’re definitely looking forward to what the next 25 years bring.”