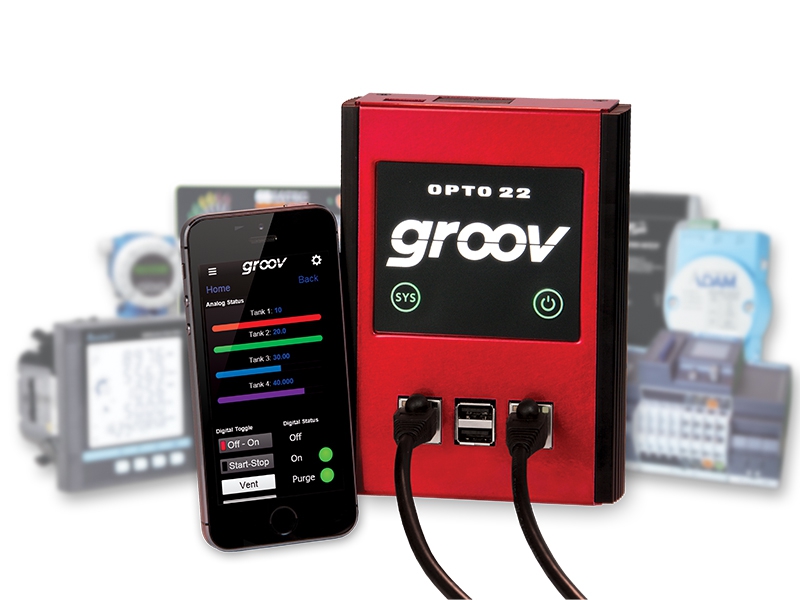 With groov’s new Modbus/TCP support, thousands of industrial devices can now be monitored and managed using scalable operator interfaces on smartphones, tablets, and other mobile devices, says the company. Modbus/TCP is a TCP/IP-based communications protocol used in level sensors, rotary encoders, drives, meters, and industrial controllers and I/O, plus other devices deployed in diverse industries. Industrial automation end-users, system integrators, machine OEMs, or any authorized person can monitor and control these devices, as well as automation, building, and other control systems, all from a mobile device. No intermediary servers, protocol converters, or communications interfaces are required, says the company, simplifying hardware planning and reducing ongoing maintenance.