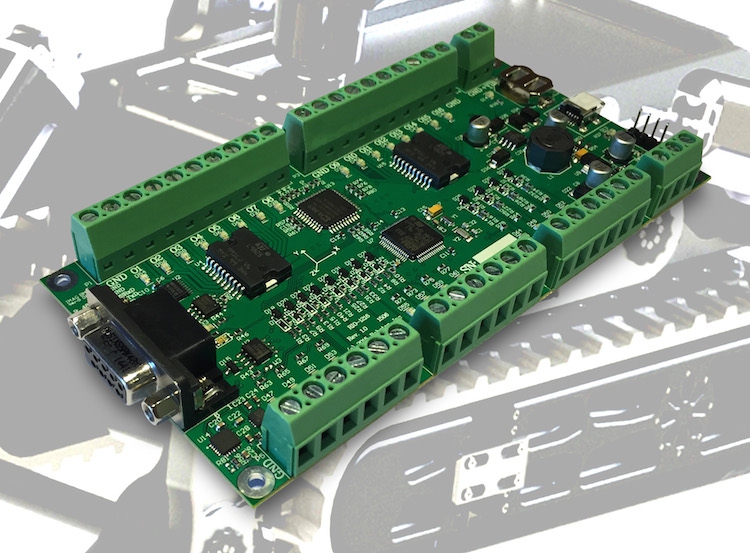 According to the company, the Roboteq IO eXtender module (RIOX), seamlessly integrates with PCs via its USB interface, or with PLCs via its CANbus or RS485 interface. It also directly interfaces with most single board computers, such as Aduino, Raspberry PI, or Beagle Boards. RIOX can drive, or be driven by, all Roboteq motor controllers. The module includes a 32-bit ARM MCU for processing and buffering the I/O, and managing the communication with the host PC/PLC/SBC, motor controllers and/or other components of the system. The processor can be configured to perform, on its own, a list of conversion, capture, filtering, or conditioning on the I/O. The ARM processor also reads the 3-axis accelerometer, gyroscope, magnetometer, and performs the fusion algorithm in the AHRS version of the RIOX.