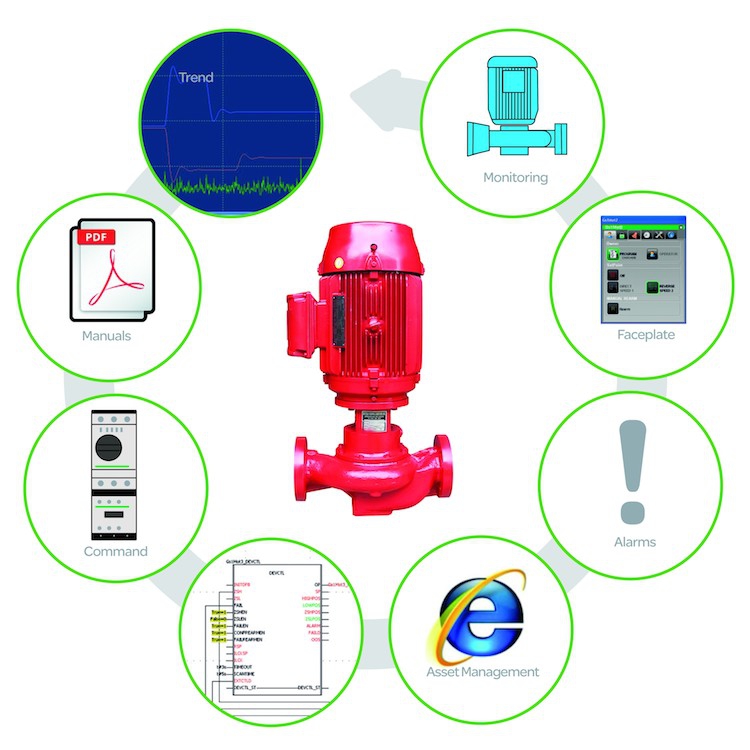 Oct. 23, 2015 – Industrial automation applications are growing in sophistication and complexity. For Canadian manufacturers, this means they need to spend more time and money on application development. For end users, applications are often difficult to port to multiple platforms and machine operators suffer because the new applications are not easy to learn.

A major issue manufacturers face is that their existing applications aren’t reusable to a large extent. Without the proper tools, application engineers find themselves “reinventing the wheel” every time they need to write a new application. This inefficient approach is no longer sustainable. Canadian manufacturers need to innovate and realize new efficiencies if they want to compete in an increasingly global marketplace.

Recent improvements in industrial equipment digitization and connectivity have allowed object-based modelling, an approach that has proven successful in IT, to migrate to the domain of industrial automation. When programmers develop applications using defined object templates, they can significantly reduce the engineering effort required for new applications.

Cost reduction advantages of “objects”
Traditional control programs view a logical procedure as one that takes input, processes it and generates output. In industrial automation, this methodology is called procedural programming. The fundamental issue with this approach is an underlying assumption that the logic will be developed once to solve a single problem. As applications have grown larger over time, the logic has become more and more complex, making the procedural programming approach increasingly inefficient.

Object-oriented design is the new paradigm that addresses these issues and introduces new ways to solve industrial production efficiency problems. Each object is defined with certain attributes and display behaviours. The objects also interact with each other. These characteristics allow best practices to be encapsulated into applications and standardized across different plants.

The advantages of object-oriented design aren’t limited to reusability or application portability. Objects are also easier to maintain and help save crucial time when implementing changes during the lifecycle of the plant. Consider a scenario where a 10-per-cent change is required in a traditional application. Using conventional tag-based development, 10 per cent of the effort spent on the original development would be required to carry out the changes. However, in object-based development the 10-per-cent effort needs to be applied only to the object template and not the entire application. Automatic change propagation could be carried out once the object is updated, meaning a significant amount of effort could be saved during change management. Object-based systems can be quickly enhanced or modified to respond to market needs and improve competitiveness.

Technical advantages of “objects”
“Objects” contain features associated with the device they represent. That means a motor object, for example, could contain the events, alarms, documents, faceplates, asset management, and control and human machine interfaces associated with that device. A motor object that represents a real-world motor could make use of these characteristics to provide real-time information to an operator. As such, the alarm feature of the motor object could alert the operator to a high winding temperature. This could be a critical piece of information in allowing the operator to avoid burning up the motor windings.

In industrial environments, objects could also represent a piping network modelling pumps, valves, and pipes; a control process modelling analogy I/Os and proportional-integral-derivative (PID) loops; a supervision process modelling animated symbols, tags, and alarms; or a functional process entity modelling a charger, an agitator, and a heater — just to name a few possibilities. Smart objects can explore the environment, and can interact with both other smart objects and with humans. This helps users manage tasks in new and intuitive ways.

Smart objects can also assist in the simplification of change management and the versioning of objects. The original design of a process application may need to be modified later on, as requirements may change to adjust to a shifting marketplace. Changes can be exercised either for all composite objects or for selected instances only, thereby enabling co-existence of multiple versions of the objects. Changes can also be pushed out to all the object model’s participant projects, such as control and supervision, which ensures that consistency is maintained among objects across multiple projects.

Path to an object-based model
Object-based designs provide a higher level of flexibility and cost savings compared to traditional programming models. The object-oriented concept of “develop once and reuse many times” is the engine that drives the cost savings. By reusing common objects across multiple platforms, software systems can be maintained at just a fraction of the cost of existing, traditional systems. In addition, machine operators are presented with a unified viewing experience which assists in training and a reduction in human error.

Organizations wishing to migrate to an object-oriented development environment should consider the following short- and long-term steps:

• Immediately: Begin to plan a roadmap. Assess what steps need to be taken in order to evaluate tools that are specialized to the needs of industrial sites. Conduct an assessment of development environment requirements.

• Over the next six months: Determine how much work needs to be done to implement an object model and to assemble libraries of objects. Consider how open the control network needs to be in order to accommodate third-party components.

• Within the next year: Enlist a trusted partner with expertise in both plant-based architectures and object-oriented development methodologies, and human-machine interfaces (HMI) to help maximize operational efficiencies.

Based in Toronto, Ont., Gurvie Waraich is a PlantStruxure program manager at Schneider Electric Canada.

This article previously appeared in the October 2015 issue of Manufacturing AUTOMATION.