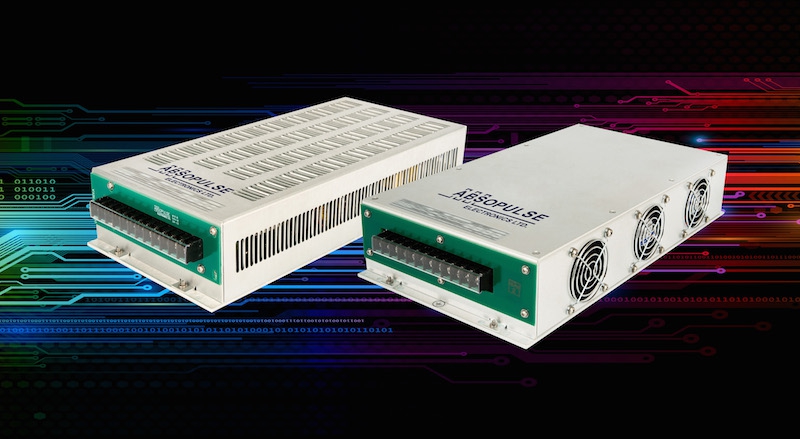 According to the company, the inverters employ a new design topology and semiconductor technology that simplify the inverter circuitry and enable compact construction on a single PCB. The CSI 500F-FXW series converts 24V, 36V, 48V or 125Vdc to 115Vac or 230Vac continuous output. They are cooled by built-in fans and have a 185 x 66 x 358 mm total footprint. The CSI 500-FX series accepts a 125Vdc (105-145V range) and delivers 230Vac at 50Hz. They are convection cooled and measure 153 x 66 x 358 mm. Both versions are rated for operation over a 0 C to 50 C temperature range at full load. Efficiency is typically 80 per cent at full load, depending on the input voltage required, says the company.