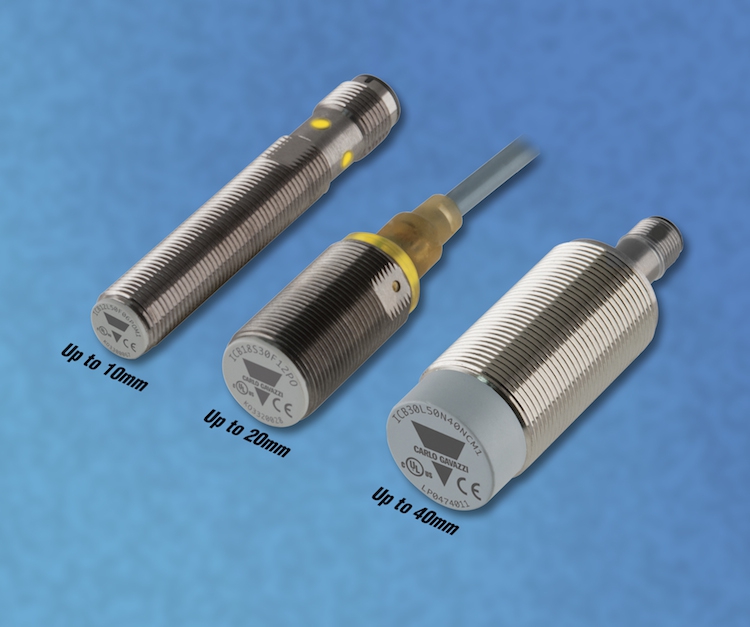 May 10, 2016 – Carlo Gavazzi says it has expanded its ICB series of inductive proximity sensors.

The “extra extended” range sensors claim to provide sensing distances up to three times the sensing distances of standard inductive proximity sensors. By extending the sensing range up to 10 mm (M12), 20 mm (M18) and 40 mm (M30), a broader range of applications are now possible, says the company. The microprocessor-based design allows calibration after the assembly, it adds, “enabling greater temperature stability, reliability and repeatability.”  The microprocessor design also simplifies OEM customization requests, such as special output types, switching frequencies, and timing functions. All ICB sensors are cULus listed, and rated for operation from -25 C to 70 C. Connection options include either a 2-metre PVC cable or M12 disconnect plug.