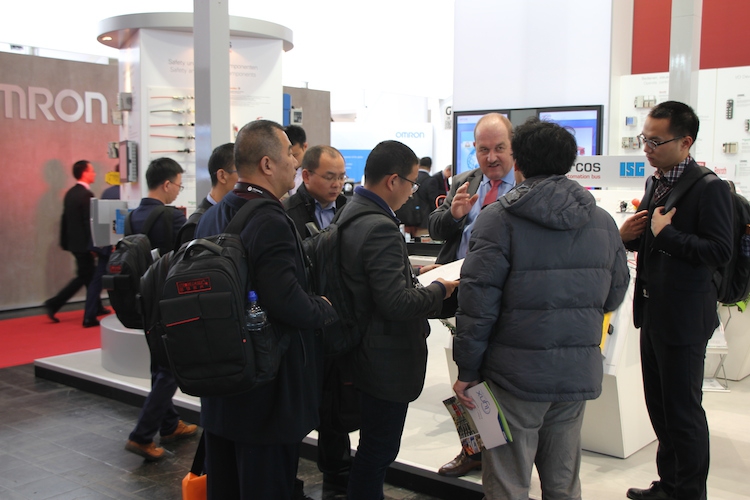 May 13, 2016 – Sercos International, supplier of the Sercos automation bus, recorded a 50-per-cent increase in contacts at Hannover Messe 2016 compared to the previous year.

Despite the visit of U.S. president Barack Obama and the subsequent closure of Hall 9 on the first exhibition day until the afternoon, Sercos said it recorded “significantly more visitors” by that afternoon.

A booth highlight was the Sercos III SoftMaster demo, which was developed in cooperation with Bosch Rexroth, ISG Industrielle Steuerungstechnik and Tenasys. It showed how the highest speed and hard real-time can be achieved using a standard Ethernet controller. “High performance and the highest determinism can be achieved due to a controller which supports queues and scheduling, for example the Intel i210,” explains the company, adding that “ring topologies and redundancies are also reliably supported and functional limitations are no longer valid.”

“This was certainly a special exhibition, also marked by the visit of the U.S. president to the fair,” said Ilona Arnold, marketing manager at Sercos International e.V. “We’re very happy that we could excite so many visitors for the Sercos automation, despite the circumstances.”

Sercos International is an association of users and manufacturers that is in charge of technical development, standardization, certification and marketing for the Sercos automation bus.