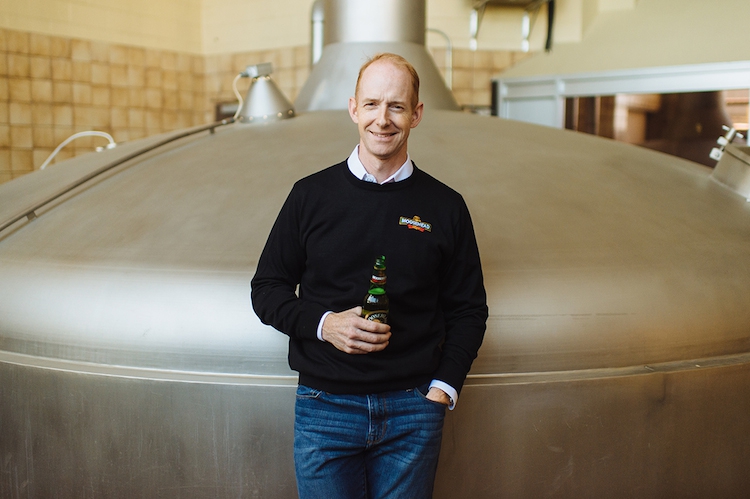 Jun. 3, 2016 – In the beer business, it’s tough to be the little guy. Fighting for market share against huge companies with much larger budgets and much deeper pockets is an uphill battle.

That’s why, at Moosehead Breweries, we’re not just business as usual.

Lean Six Sigma is a continuous improvement process that gives companies the tools they need to improve processes, reduce waste, and save money through collaboratively-run projects.

“We’re a 150-year-old business,” explains Oland. “It’s very easy to do things the way they’ve always been done — but we know our business and our employees deserve better.”

The green-belt training process — which includes classroom time, an independent project, instructor coaching, and a final exam — takes up to 16 weeks.

“Because the training process includes a project, the learning is really contextual. You’re doing as well as learning, which is quite satisfying,” says Oland. “But the last time I was in a classroom was 15 years ago — so that part took some getting used to.”

At Moosehead, green belts do their day jobs, but are also tasked with leading projects with targeted cost-saving goals. They are supported by yellow belts, supervisors who are in charge of the daily management issues — and by white belts, who have received training on the continuous improvement process and its key concepts.

“The core concepts of continuous improvement are simple ideas,” says Oland. “But they have had a powerful impact on our organization.”

“We all work in the business,” explains Oland. “We produce the product, we ship it, and we sell it. But working on the business means we’re working to make our business better and more efficient through process analysis and design.”

Identifying waste
The second concept is the identification of waste.

“We’re not just talking about wasted money, or other resources,” says Oland. “We look for wasted time, wasted movements, wasted tasks — anything that doesn’t need to happen is in our sights.”

Daily management
The third concept is the idea of daily management — a review of how things went, and quick actions to fix any problems that arise.

“Every day our supervisors are having a 30-minute meeting to review the day before,” says Oland. “If the answer is that it wasn’t great, they’re working with their team to break down the problem, create solutions and then follow up on their implementation.”

Moosehead’s green-belt projects each touch on one or more of these core concepts.

“Karen and her team found that one of our back labels was slightly larger than the rest. This meant it required its own machine parts and extra time at the labeller to set up which cost us significant downtime,” says Oland. “The size of the label was not noticeably larger than the rest of our product labels — so reducing its size to make it consistent with the rest of our labels was a money saving opportunity for us.”

“It’s not about getting rid of jobs,” says Oland. “It’s about finding efficient ways to do our jobs better by working as a team.”

The company’s numerous green-belt projects have already made a big difference, saving money across the organization.

“Over the long term, we expect this process to create a positive culture change at Moosehead,” says Oland. “In today’s business landscape, change is constant – so embracing a continuous improvement approach to running our company just makes sense. And if we can do it in a way that is custom-fit to our organization, we know it will be a lasting change.”

This new approach is called the Moosehead Way, and because of it, we’re focused on the changes that fit us best.

This article was originally posted on the Moosehead Beer Academy website.