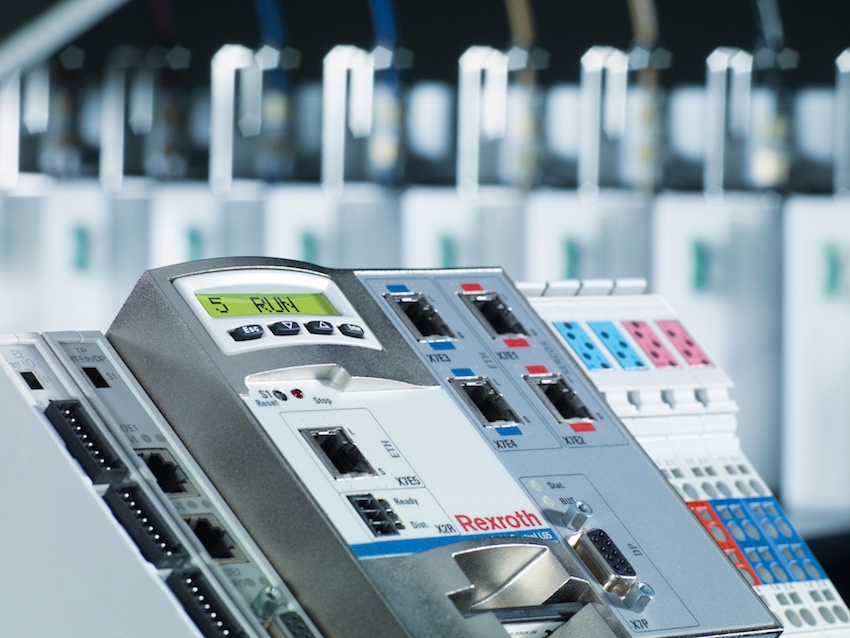 According to Rexroth, the Open Core Interface allows for “high-level language programming with enhanced access to the core of the control system,” which it says enables machine builders to create their own individual functions without the need for a PLC or other additional hardware.

The standard Rexroth control platforms IndraLogic XLC (PLC), IndraMotion MLC (motion-logic) and IndraMotion MTX (CNC) support the direct implementation of individual high-level language programs into the control system. The programs have direct access to the firmware, allowing machine manufacturers to create control algorithms for “complex functions and kinematics quickly and independently,” says Rexroth, adding that programmers do not require any PLC skills and can use standard high-level languages such as C/C++ instead.

Rexroth says it is also providing manufacturers with an “extensive” library that programmers can use to directly access the control function when developing individual functions — “this enables them to directly control axes without writing a single line of a PLC program.”

“This new degree of freedom replaces the additional control hardware previously required for complex process functions such as quality assurance with camera systems, register control for optimized material processing, or decentralized order scheduling at the machine,” reads the company statement. “Direct processing in the machine control system reduces this complexity and significantly shortens the cycle times. Manufacturers of printing presses, for example, can therefore lower system costs with Rexroth’s Open Core Interface by completely relocating the register control into the Rexroth motion-logic system. This prevents registration errors and increases productivity.”