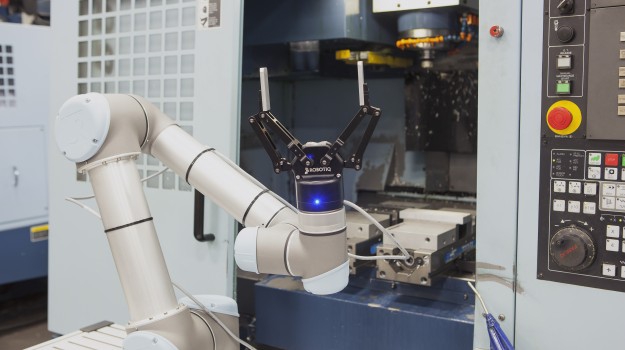 Jul. 6, 2016 – Robotiq has released its 2-finger 140 adaptive robot gripper, which it says will allow a robot to pick a range of objects with a single, programmable tool.

According to the company, the robot gripper is ideal for high-mix pick and place applications in industries such as electronics, consumer goods and logistics. The unit comes with a 140-mm programmable stroke and a 2-kg payload. “Its built-in advanced controls allow it to detect that a part has been picked, as well as pick soft, fragile or deformable parts without crushing them while maintaining a safe grip when the robot is moving,” says the company.