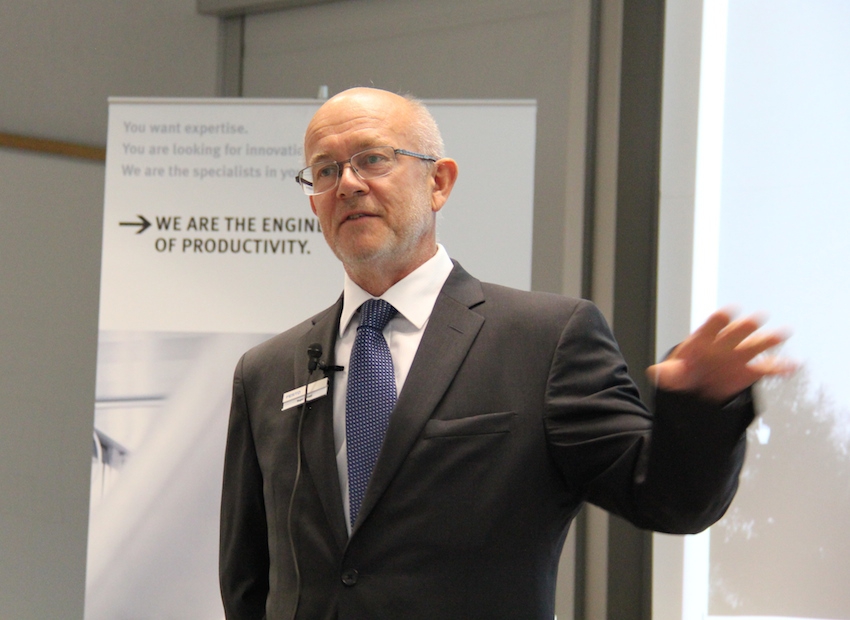 Hallett took over for Thomas Lichtenberger early 2016, after Lichtenberger was appointed president and CEO of Festo Didactic, the company’s global industrial training and skills development division.

According to the company, Hallett took over “during a period of extended growth for the company. Sales grew at an annual rate of almost 10 per cent during the past five years, during which he was vice-president sales and later, vice-president sales and marketing.” Festo Canada says its five-year plan targets “similar annual growth, primarily through a combination of market share gains, the ongoing expansion of Festo’s electric automation portfolio, new smart factory solutions and continued innovation in pneumatics.”

Prior to joining Festo, U.K.-born Hallett held senior sales and business management roles in the U.K., Germany, Southeast Asia and Japan. He relocated to Canada in 2002, and became a Canadian citizen in 2007.

He said he expects several global initiatives by Festo to help fuel growth in Canada, such as smart factory automation solutions designed for Industry 4.0; a new configuration tool for its electric handling systems — the Handling Guide Online; and the recent opening of new advanced manufacturing and logistics facilities in Germany and Mason, Ohio that is expected to shorten delivery timelines for Canadian orders.

Ben Hope, technology driver for advanced manufacturing & Industry 4.0, and Minja Zahirovic, engineering manager, also spoke at the open house and took us on a tour of Festo’s Customer Solutions Centre.

“Specifically for Canada, Festo is ramping up its focus on process automation solutions and working with Canadian machine builders to develop custom Festo handling solutions for their projects. In the latter case, Festo works with customers, engineer to engineer, to turn the right components into handling solutions it then assembles at its facility in Mississauga,” said the company.

While large customers tend to do that in-house, this service should be appealing to many small and mid-sized customers, said Hallett. “As a family-owned company, Festo prefers to take the long view – that helping small and medium-sized companies in this manner will bring us more revenue over time.”

Festo Canada also plans to support new collaborations between industry and academia to help facilitate the uptake by Canadian manufacturers of Industry 4.0, the Industrial Internet of Things and other concepts. “We’re interested that manufacturing grows in Canada,” said Hallett, “not only because it’s good for our business, but as a Canadian with kids growing up I’d like them to have opportunities for jobs in manufacturing in this country and not have to go overseas.”