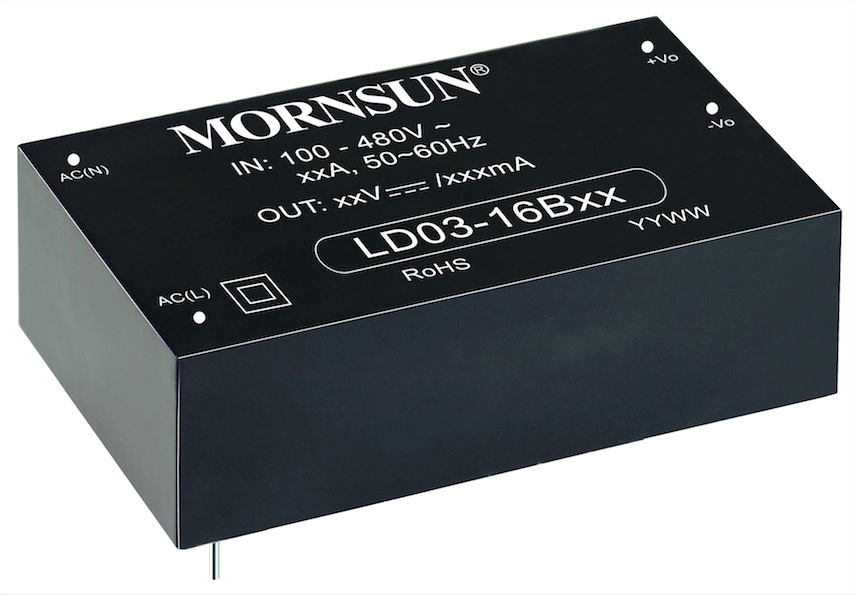 The series offer a 90~528VAC input range and meet the requirements of 3×220VAC/380VAC nominal voltage and two-wire connection from three-phase four-wire system, says the company. Boasting up to 76-per-cent efficiency, the series promise to deliver 4000VAC isolation and output short-circuit and over-current protections. The converters are suitable for a range of applications, such as: three-phase electric meter, industrial control, instrumentation, double power switch controller, and fire protection system.