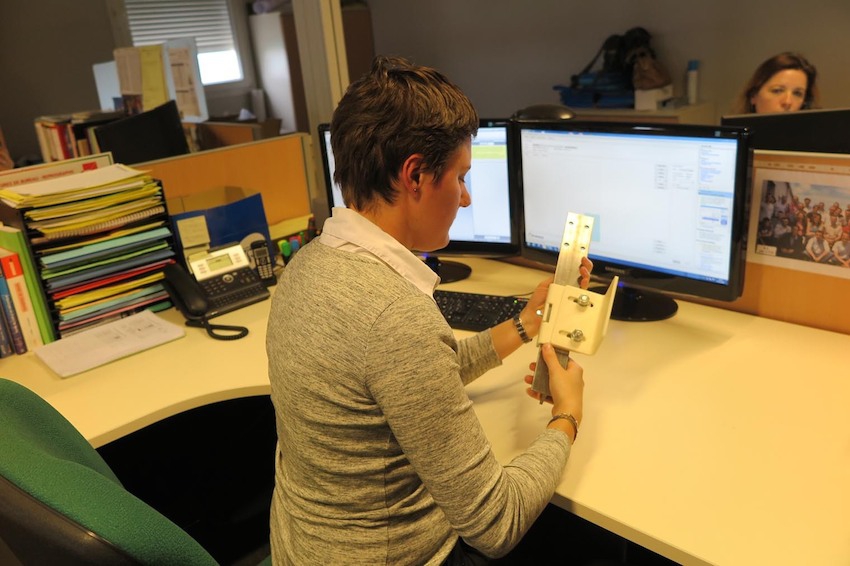 According to Stéphane Réau, deputy technical director at Sodimas, 3D printing is integral to the company’s design chain as it allows the team to perfect parts early when iterations are required quickly and cost-effectively. This crucially enables Sodimas to accelerate its time-to-market and strengthen its competitive edge.

“With Stratasys’ FDM-based 3D printing solutions, our CAD engineers can send designs directly to the Fortus Production 3D Printer and have the printed parts in their hands in just a few hours for testing,” Réau explained. “To put that efficiency into context, using traditional means, we would previously have been looking at around a 15-day lead time before having the part ready to validate for design and fit — so we’ve basically slashed this from two weeks to two or three hours.”

After several years of utilizing its Dimension 1200es 3D printer for small prototype parts, the company saw an opportunity to expand its 3D printing prowess with the installation of Stratasys Fortus 450mc 3D printer. This has increased the company’s prototyping capacity, thanks to the large build tray and extensive range of advanced thermoplastic materials, including the “high-strength” ULTEM 9085 3D printing material.

“All of our lift cabins are made from aluminum, but the concept and development for the frames is achieved using Stratasys 3D printing solutions,” said Réau. “We design and produce the parts that are used to assemble the lift’s ceiling, walls and floor, simultaneously. Once we’ve 3D printed each part, we’re able to quickly check the design and assembly for the correct fit, before proceeding to manufacture the lift in aluminum.”

Another area in which Sodimas deploys Stratasys 3D printing solutions is in the production of custom manufacturing tools to maintain production efficiency.

“We’ve probably produced upwards of 15 different tools from the super-tough ULTEM material, which have become indispensable to our workflow,” continued Réau. “These include jigs used as guides during the fine-tuning of component parts within a larger assembly, where, for example, a line operator might need to quickly remove a specific part, adjust it and then replace it in exactly the same place. This isn’t as straightforward as it sounds, but having the 3D printed jig ensures it’s replaced in exactly the right position and keeps production running smoothly.”

In addition to its ongoing success using Stratasys FDM 3D printing technology in the current applications, the company plans to harness the full capabilities of its Fortus 450mc 3D printer for the production of single-run, final production parts in its elevator systems. This, the team hopes, will further bolster its service offering by enabling it to reduce inventory with 3D printed spare parts and create unique, custom designs.

“We will continue to leave the standardized, long-run production to our competitors,” said Réau. “Our goal is to continue to work with those architects and designers who, in some cases, envisage the lift as the signature feature of the large scale projects on which they are working. Should these professionals wish to create, for example, an elaborate custom-made call button panel, then we can confidently say that we have the technology and advanced materials to bring their creative aspirations to reality. The sky really is the limit.”

“Sodimas is a prime example of how Stratasys 3D printing can not only streamline the design process of fit-for-purpose prototypes, but far surpass business’ prototyping requirements and achieve fantastic manufacturing efficiencies in the fabrication of industrial components,” said Andy Middleton, president, Stratasys, EMEA. “This ability to overcome traditional manufacturing constraints and offer engineering flexibility reflects why Stratasys 3D printing solutions continue to empower the next-generation of manufacturers.”