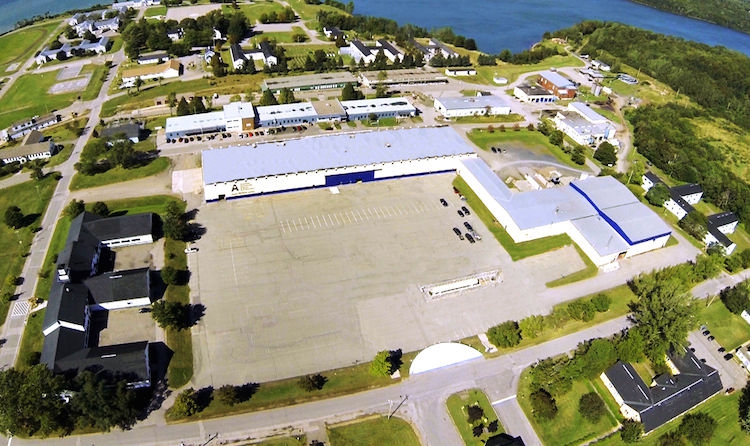 Nov. 8, 2016 – Seaweed’s natural nutritional and healing powers have been known for millennia — the Romans applied marine plants to help heal wounds and rashes, while the Japanese made it a staple of their diet. And today, processed seaweed is a key ingredient in everything from human nutritional supplements to animal feed.

Acadian Seaplants is a global player in this international industry. Based in Dartmouth, N.S., the company cultivates and processes seaweed for a variety of products. One of those products is crop biostimulants, which are derived from a species of seaweed called Ascophyllum nodosum and are used to improve the health and growth of plants.

The challenge
Acadian Seaplants produces crop biostimulants in liquid and powder formats at its facility in Cornwallis, N.S., and ships branded products to more than 80 countries. Its proprietary production process starts with locally harvested seaweed, then various bio-active compounds are extracted, clarified, filtered and concentrated. Finally, they are tested for quality, preserved and packaged.

This complex manufacturing process requires a high degree of process control. Before 2006, motor controls and facility communications were hardwired. If the company wanted to change or add a step in the production process, there would often be a need to rewire entire areas of the facility.

Between 2006 and 2008, the company began automating the Cornwallis facility. But the modernization wasn’t enough to meet growing demand. In the last decade, the use of natural biostimulants in agriculture and horticulture has increased substantially and Acadian Seaplants needed to grow and upgrade its biostimulant production facility in response. The company decided to build onto its existing plant to add capacity and automate the new equipment to increase process control and manufacturing efficiency.

Acadian Seaplants continued to automate its existing space and increased its production capacity by about 50 per cent between 2008 and 2009. But by 2011, the company needed to expand again, and decided to build a much larger plant across the street. It had gained a reliable solution in the existing space, but needed to implement it on a much larger scale. It also wanted to avoid any downtime so it could continue to meet orders. In the new facility, Acadian Seaplants also wanted to expand its recently implemented integrated MCC and controller solution, and enable remote support to reduce maintenance time.

Over three years, the Acadian Seaplants engineering team moved existing processes and equipment into the new facility, named the Deveau Center. The plant science division gained three times more manufacturing space, meaning they needed more equipment. Given their experience in the 2009 expansion, Graybar knew how to help Acadian Seaplants implement the same MCC solution at a facility five times the size of the original operation.

With counsel from Graybar, the Acadian Seaplants engineering team designed an integrated plantwide infrastructure for system monitoring and motor control over EtherNet/IP.

The network became critical when the Acadian Seaplants team worked in stages to move existing processes to the new site. To start, the team built a piping system over land and under the street to move liquid product between the two facilities. As the team installed new equipment, they connected it via EtherNet/IP to the existing equipment on the other side of the street.

Acadian Seaplants subscribed to the TechConnect service from Rockwell Automation, a 24/7 phone support that helped the engineering team solve issues quickly, especially in the early stages of plant automation.

The engineering team installed three CompactLogix PACs to manage all system functions. The PACs seamlessly connect with other system components via the EtherNet/IP network. System information is fed to a desktop computer on-site, where staff can monitor operations in real time.

The Acadian Seaplants team moved the existing Centerline MCCs and installed additional ones to provide motor control and power throughout the seaweed-processing facility.

The team set up and configured the MCCs using the same software as the PACs — Rockwell Software Studio 5000 Automation Engineering & Design Environment. The IntelliCENTER software that monitors the MCC can also send the motor control device information directly to Studio 5000 software. The Rockwell Software Studio 5000 software recognizes the intelligent components in the MCCs, including variable speed drives and full-voltage starters, and the add-on profiles provide parameters for each component for faster configuration.

Reaping the benefits of a more connected facility
The new seaweed-processing facility was completed in 2014 with no downtime. A bigger plus — Acadian Seaplants gained the production capacity necessary to meet immediate crop biostimulant demand. Already, the facility is operating at 40 per cent higher capacity than the previous facility. With its EtherNet/IP-based design, the facility could grow to 250 per cent depending on future market demand.

The facility isn’t static. Acadian Seaplants may need to change functions one day, do improvements the next, or add processes. With all the controls connected via EtherNet/IP, the wires became virtual, and the company was able to make changes a lot faster at a lower cost.

With integrated MCCs and controllers, Acadian Seaplants gained a more connected, reliable and continuous facility. Information is now shared more seamlessly between processes and operators. In case of any issues, engineers can remotely access the desktop computer, helping to reduce downtime compared to previous on-site visits. Issues automatically appear on the operator screen (HMI) — making them more visible to operators than the previous mechanical blinking lights.

Based on the success of Acadian Seaplants’ expansion, the company is considering similar changes at other facilities. The engineering team has begun to automate processes with CompactLogix PACs at the food science division’s land-based cultivation facility, and would like to move to EtherNet/IP-enabled MCCs at the animal science division’s facilities in the next few years.

Wade Hazel is the engineering manager for Acadian Seaplants.

This article was previously published in the October 2016 issue of Manufacturing AUTOMATION.