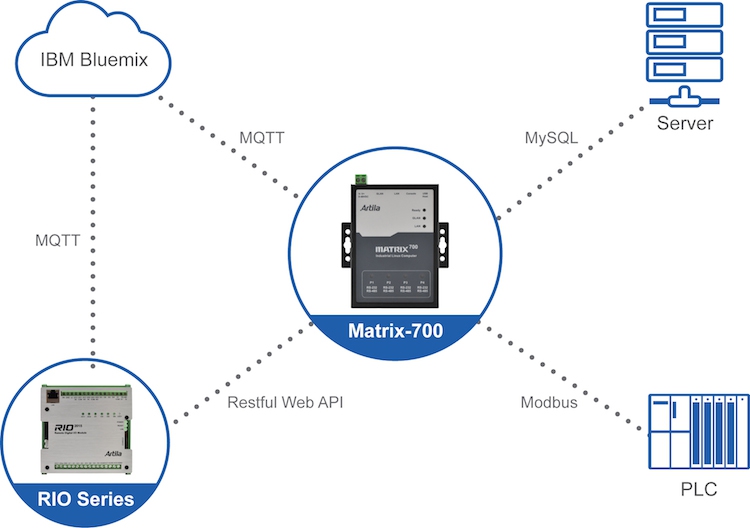 Nov. 11, 2016 – In an effort to bridge the technology gap between IT and OT departments, Artila is offering a “ready to go” IoT gateway Matrix-700 embedded computer which supports Linux OS and Node-RED.

Node-RED is developed by IBM and is a visual wiring tool for IoT. Users can simply drag and drop the nodes to the flow editor and connect and configure the nodes, then the application is ready to go. Node-RED uses browser to edit the node and flow and thanks to the open social development, users can share their nodes and flows by importing and exporting the library which is stored in JSON and managed by npm, says Artila. As well, the Matrix-700 can connect industrial devices and push field data and information to the database of the backend server or Cloud, and vice versa. In addition to using the Matrix as a gateway, Artila’s Remote I/O series can directly push sensor data to the server and Cloud. The series supports Modbus, Restful Web API, MQTT and Bluemix IoT, which it says will allow IT and OT teams to directly access the sensor data and perform I/O control.