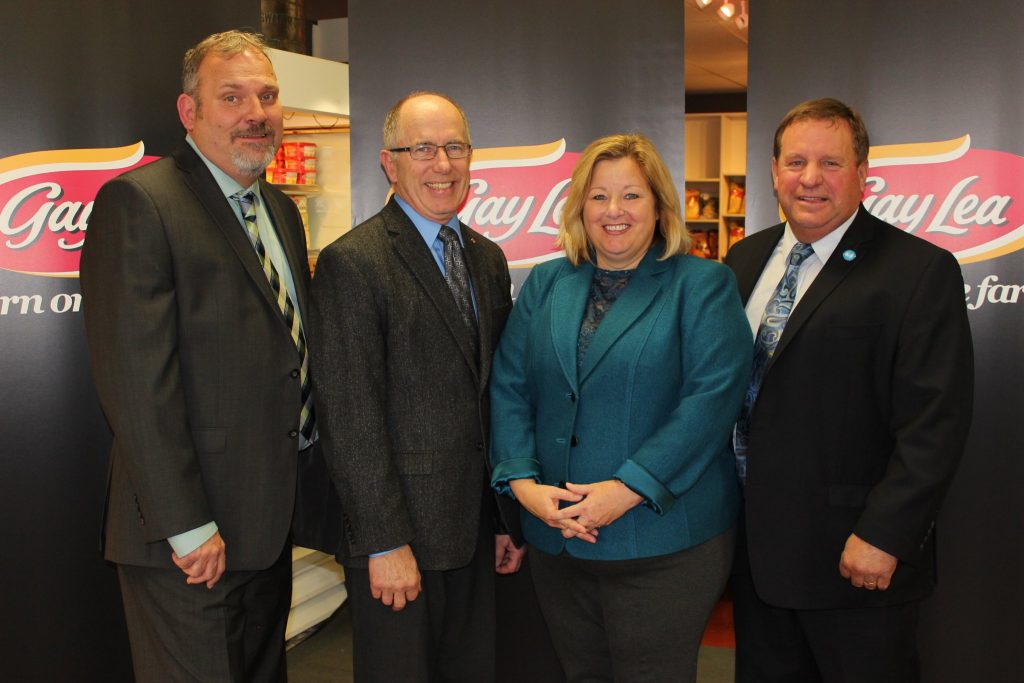 Nov. 17, 2016 – Gay Lea Foods has announced a $140-million investment over four years to establish what it says will be an innovative nutrition and nutraceutical-grade dairy ingredients hub in Canada.

Describing it as an “unprecedented” investment in dairy processing in Canada, Gay Lea Foods said the commitment delivers on its mission to “transform more Canadian milk by building an innovative and market-driven ingredients business that caters to our customers’ needs.”

Phase one will commence in early 2017, with a $60-million expansion plan in the village of Teeswater in Bruce County, Ont., and a $3-million investment to build a Research & Development Centre of Excellence in Hamilton, Ont. “This working laboratory and innovation incubator will be the nexus between R&D and commercialization throughout Gay Lea Foods’ operations, and also service our partners in the dairy, food and health sectors,” according to a company statement.

“Our co-operative is proving that successful and continuous growth as a wholly owned and operating Canadian dairy and food processor is possible. We are pleased to contribute to a growing Canadian economy, creating middle class jobs while sustaining our local communities,” added Michael Barrett, company president and CEO.

Headquartered in Mississauga, Ont., Gay Lea Foods is a key player in the Canadian dairy industry and the co-operative sector, with more than 950 employees working in production facilities across the province. Last month, Gay Lea Foods announced a joint venture with Vitalus Nutrition Inc. to build a new dairy ingredient and butter processing facility in Winnipeg, Man.