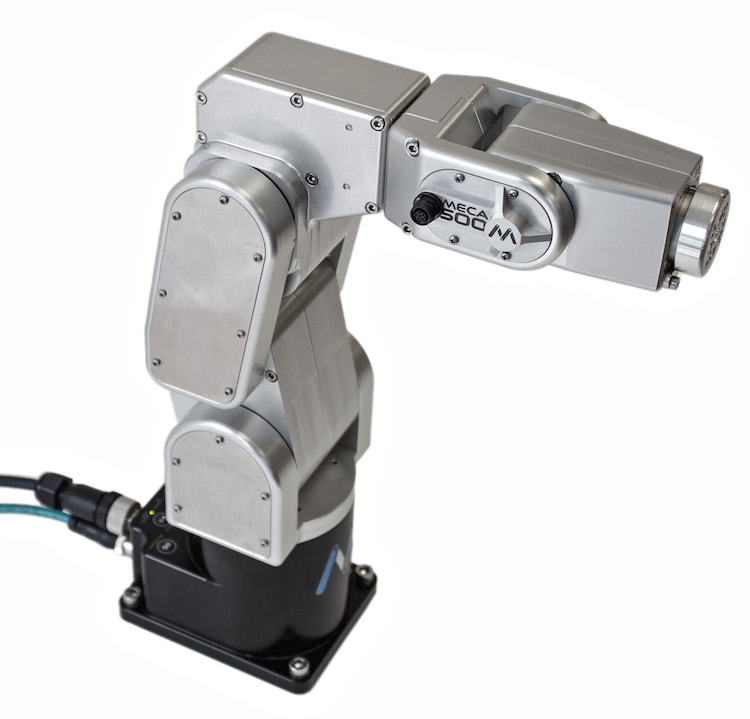 Nov. 22, 2016 – Montreal, Que.-based Mecademic has recently launched what it says is the smallest and most precise six-axis industrial robot on the market.

“The Meca500 is thus extremely easy to fit inside an already existing equipment and can be considered as an automation component, rather than a complex system such as most other industrial robots,” says Ilian Bonev, cofounder of Mecademic, adding that the Meca500 is “extremely” easy to use and interface with through Ethernet. Featuring a fully integrated control in the robot’s base, the Meca500 promises to be more compact than other similar offerings on the market.