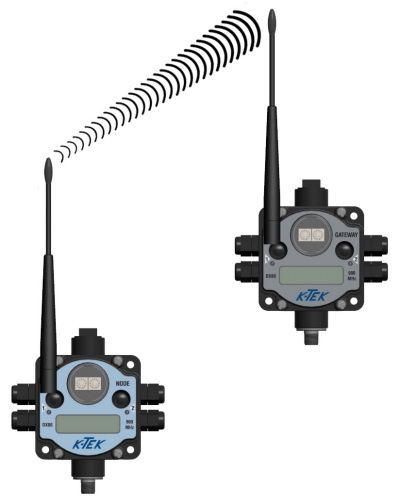 K-TEK has released its DX80 wireless transmitter and receiver for transmitting data between process sensors and higher-level systems, such as DCS or SCADA systems. Designed for robust, secure communication, it includes two devices, a node (transmitter) that resides in the field and interfaces to K-TEK’s precision measurement devices and a gateway (receiver) that resides in the main control panel and interfaces to a PC or PLC. Each node accepts up to two analog and two discrete switch inputs. Each gateway accepts up to 55 nodes. It communicates via a frequency-hopping spread spectrum radio system, each housed in IEC IP67, NEMA 6-rated enclosures using 10 to 30 VDC input power.
www.ktekcorp.com