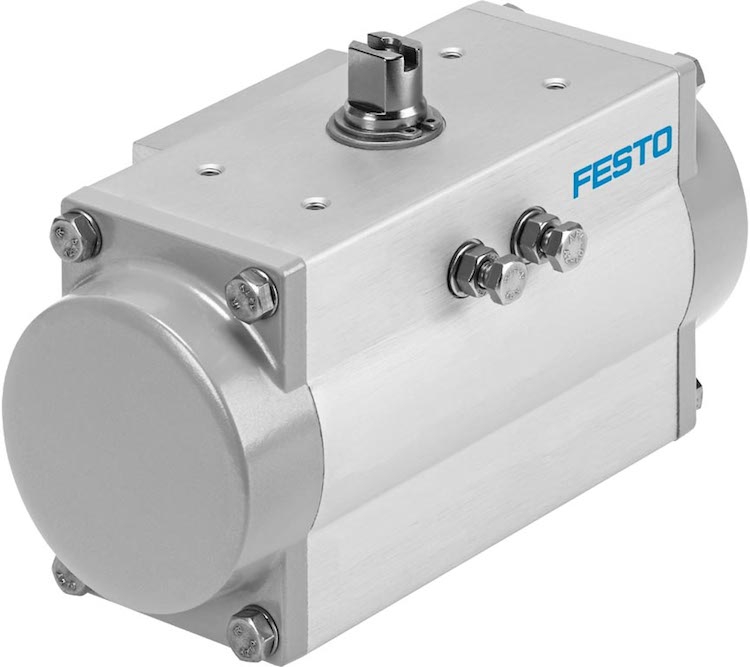 Nov. 30, 2016 – Festo describes its DFPD quarter-turn actuator series as modular and built for “maximum” flexibility for a variety of applications and operating conditions in process automation.

DFPD actuators come in single and double acting versions. They can be paired with ball valves, butterfly and shutoff valves. The DFPD is made for a range of industries including chemical, biotech/pharma, water/wastewater and beverage with all models boasting “excellent” corrosion resistance. The basic DFPD is suitable for operating in temperatures between -20 C and 80 C, but the many variants in the series also include a low-temperature model (for operating conditions -50 C to 60 C) and a high temperature one (0 C to 150 C). Other variants also include epoxy coated as well as NPT thread and 180-degree swivel angle versions. According to the company, what distinguishes the DFPD series is its small size and versatility, adding that the single acting version is “particularly compact.” Both versions feature a rack and pinion combination with a constant torque characteristic across the entire swivel range.