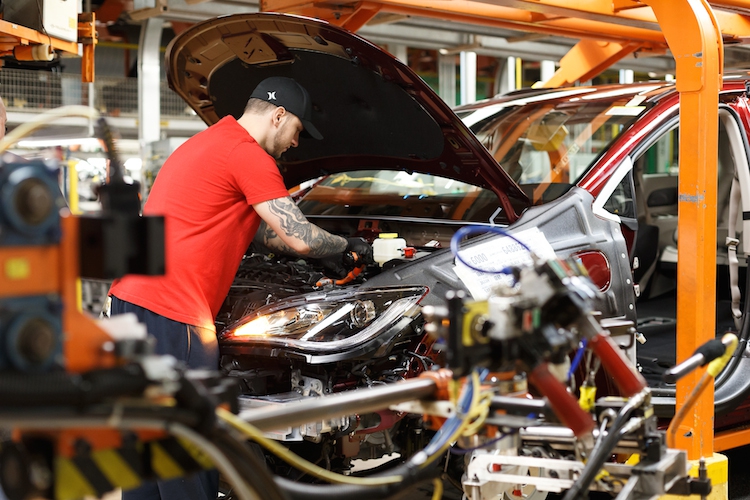 Dec. 11, 2016 – FCA US LLC says the industry’s first-ever electrified minivan, the 2017 Chrysler Pacifica Hybrid, has been rolling off the line at its Windsor Assembly Plant in Ontario since the beginning of this month. The launch of the vehicle also marks the first electric vehicle to be built on its assembly line, said the automaker.

In an effort to upgrade the plant, FCA US invested US$2.6 billion to develop the Pacifica, including its hybrid counterpart, with US$744 million (more than CAD$1 billion) to add floor space, retool and upgrade equipment.

“The nearly 5,900 employees at Windsor Assembly are bringing more than 33 years of minivan production knowledge and expertise to the launch of the Pacifica Hybrid,” said Brian Harlow, head of manufacturing, FCA North America. “They understand, now more than ever, how critical it is for our manufacturing processes to be directly connected to our diverse and expanding customer base.

The hybrid version of the sixth-generation family hauler will deliver a U.S. Environmental Protection Agency (EPA) approved range of 33 miles solely on zero-emissions electric power from a 16-kWh lithium-ion (Li-ion) battery. The Pacifica Hybrid also earned a fuel-economy rating of 84 miles-per-gallon-equivalent (MPGe) from the EPA.