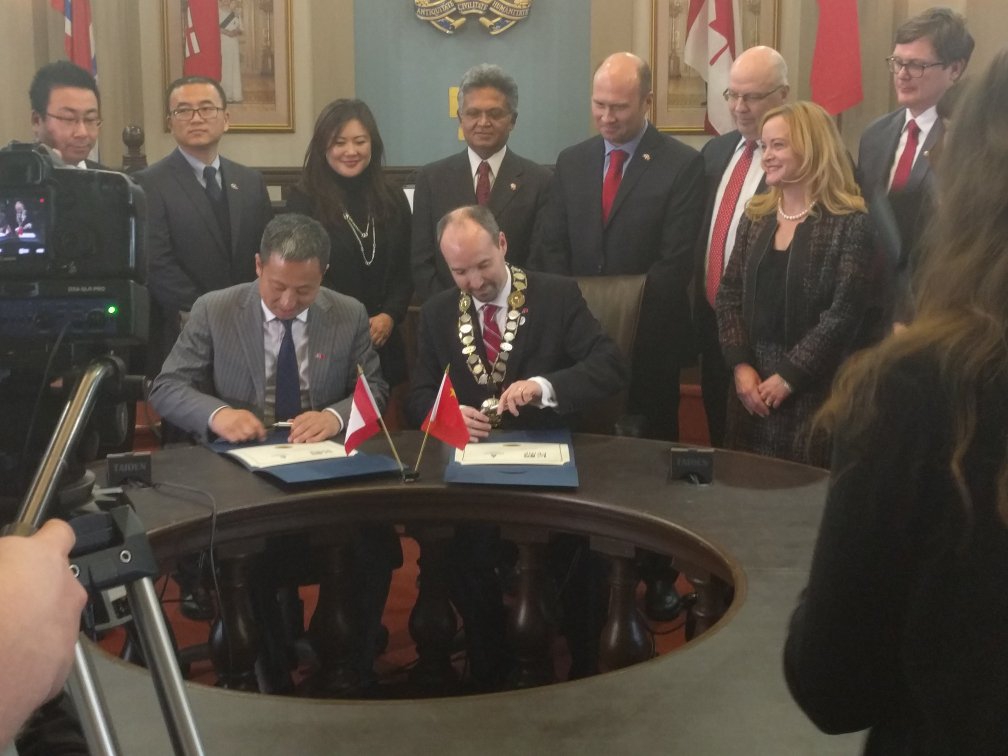 “When the plant is completed, it will be one of the most technologically advanced infant formula manufacturing facilities in the world, utilizing a wet blending process to produce high quality infant formula for the North American and Chinese markets. Kingston will be home to this world-class intelligent manufacturing plant that utilizes industry 4.0 integrated information technology, cloud computing, big data and emerging technologies to manage the complex production process,” said the China-based company in a statement.

Feihe has secured about 40 acres of development land in the Cataraqui Estates Business Park in the city’s west end. The project represents a $225-million investment, with the 300,000-square-foot processing plant slated to break ground next spring. Approximately 200 new full-time employees will be hired when the plant begins operations.

Along with cow-milk-based infant formula, Feihe plans to manufacture goat-milk-based products at the Kingston facility.

“We are very pleased to announce that we have chosen the city of Kingston, Ontario, to receive our new wet blending infant formula production plant. Our project is a first for both China and Canada. We are excited to build Canada’s first and only wet infant formula facility and North America’s first and only goat milk infant formula facility. The project will be one of the major projects of the China-Canada economic and trade cooperation, particularly in its innovation,” said Roger Hua Liu, vice chairman, CFO, Feihe. “The desire to attract foreign investment shown by the Canadian government as well as the support of the Canadian Dairy Commission led our decision to invest in Canada. OMAFRA, the Kingston Economic Development Corporation and the City of Kingston played a crucial role in our decision to locate in Ontario.”

“The investment of $225 million is the largest in the history of the Kingston Economic Development Corporation’s work in business attraction, and one of the largest FDI projects in Canada in terms of job creation. The project is a significant investment for Canada, Ontario and Kingston,” added Donna Gillespie, interim CEO of the Kingston Economic Development Corp.