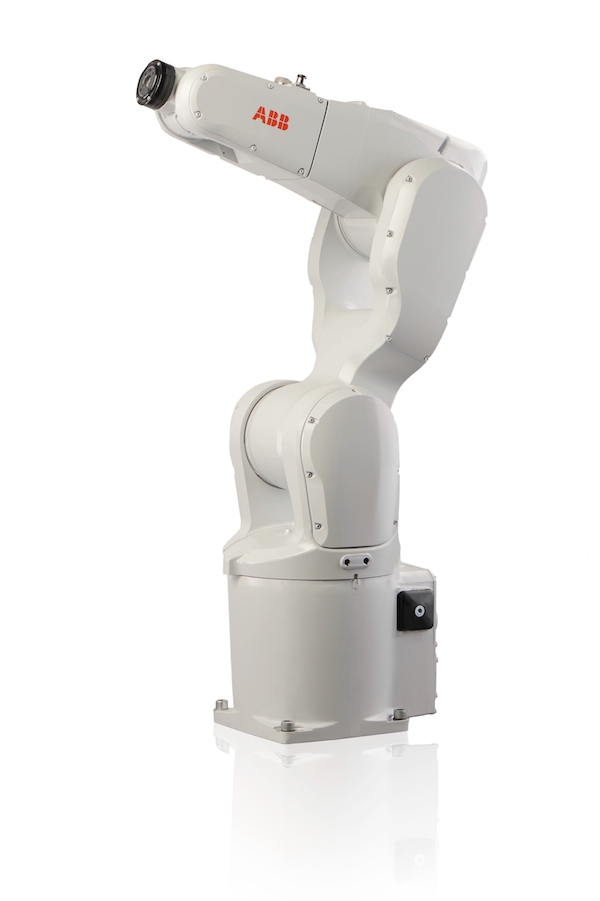 Jan. 25, 2017 – ABB Robotics describes its IRB 1200 Foundry Plus 2 robot for material handling and machine tending as the smallest foundry robot in its class.

Promising to increase flexibility and reduce cycle times for precision die casting processes, the robot meets the requirements of protection ratings IP66/67. The IRB 1200 Foundry Plus 2 is IP66/67 compliant from base to wrist, meaning that the robot’s electrical compartments are sealed against liquid and solid contaminants. ABB says the Foundry Plus 2 robot is particularly unique due to its “superior resistance” to corrosion and capability to withstand high-pressure steam washing. First introduced in 2014, the IRB 1200 comes in two variants to handle a range of applications. The 700 mm reach variant can carry a payload of up to 7 kg, while the longer reach 900 mm variant can carry up to 5 kg of payload. The IRB 1200 is also available with Clean Room protection.