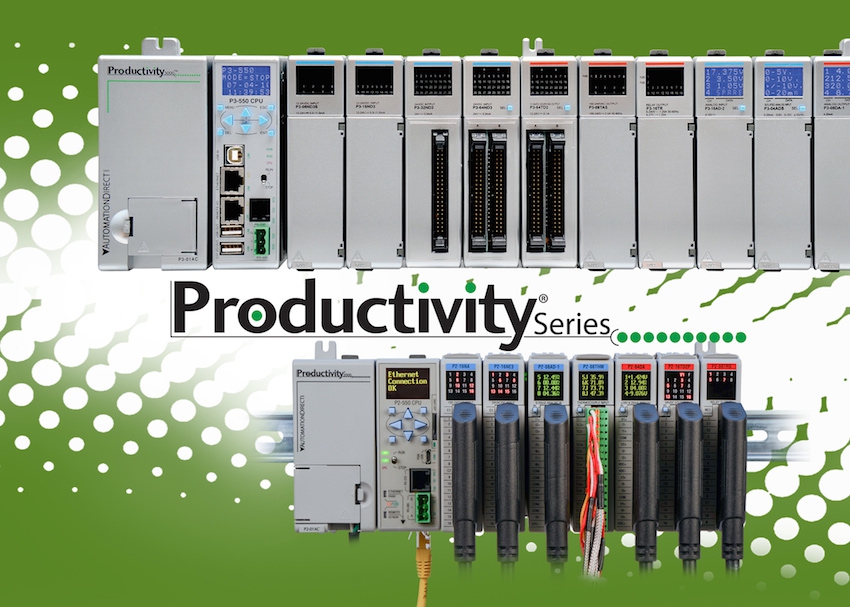 Custom Protocol over Ethernet (CPE) is a new feature that allows programmers to create their own Hex-based communications protocol between the Productivity series CPU and third party Ethernet devices; Ethernet-based ASCII is one possibility with this new feature, says AutomationDirect. Another new option is Productivity Network (ProNET) which allows data sharing between two or more networked Productivity series CPUs. With this feature, users can broadcast and/or receive data messages “behind the scenes” without the need for any communications instructions in the ladder program, says AutomationDirect. Productivity series CPUs can support up to 32 unique Global IDs for the networked PLCs in any combination of publishers and subscribers.