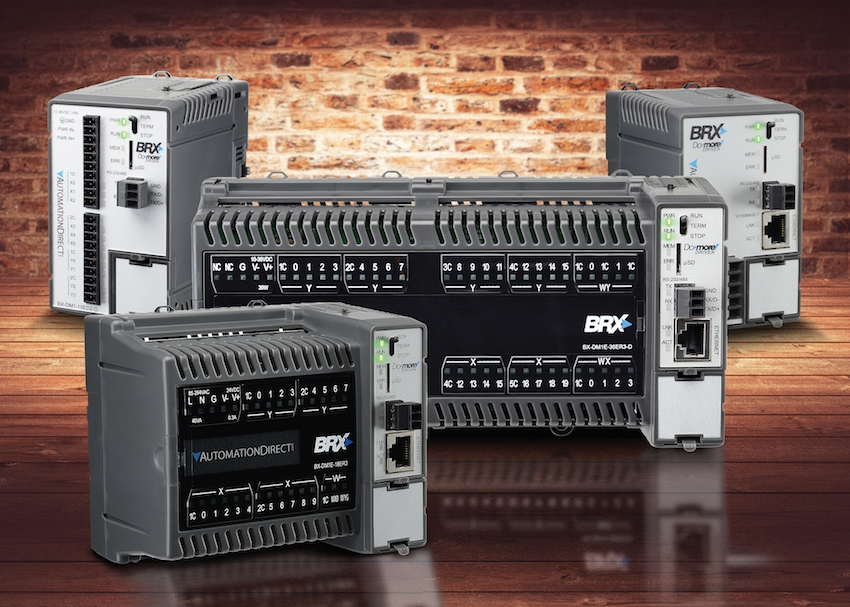 The BRX M Series is a simple (no built-in I/O) controller that can be used for various applications including machine data logging. Ethernet communication is included in the M Series which can be expanded with user-selected I/O modules if needed. The BRX 10-point series includes all of the standard features with the addition of 10 onboard discrete I/O points. The 18-point series contains 18 total onboard discrete I/O and the 36-point with 36 built-in discrete I/O points.