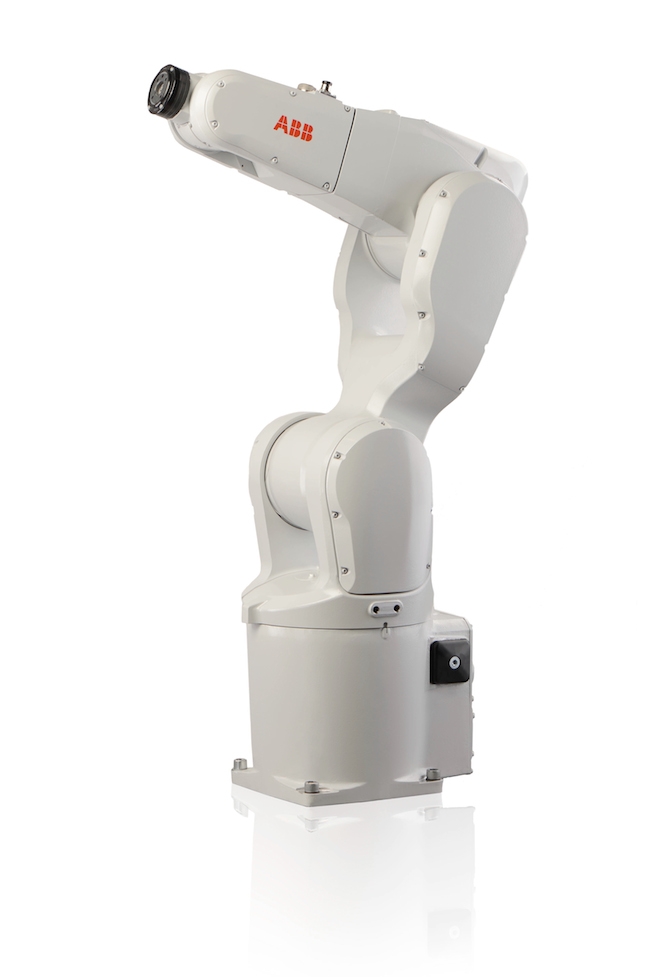 As ABB’s smallest robot, the IRB 1200 promises to feature advanced safety-certified monitoring and control software. According to the company, SafeMove2 enables people to work safely alongside ABB robots with payloads ranging from 6 kg to 800 kg without compromising productivity, adding that it also provides an “optimum level of collaboration and flexibility to higher speed and throughput applications which typically require more insular, intrusive levels of safety.” ABB says SafeMove2 simplifies production scenarios and provides tools that speed the commissioning workflow for faster set-up and validation. The software option also integrates safety fieldbus connectivity into ABB’s IRC5 robot controller family as well as the IRC5 single, compact and paint controllers. The robot comes in two variants to handle a range of applications; the 700-mm reach variant can handle payloads of up to 7 kg, while the 900-mm variant can handle payloads up to 5 kg.