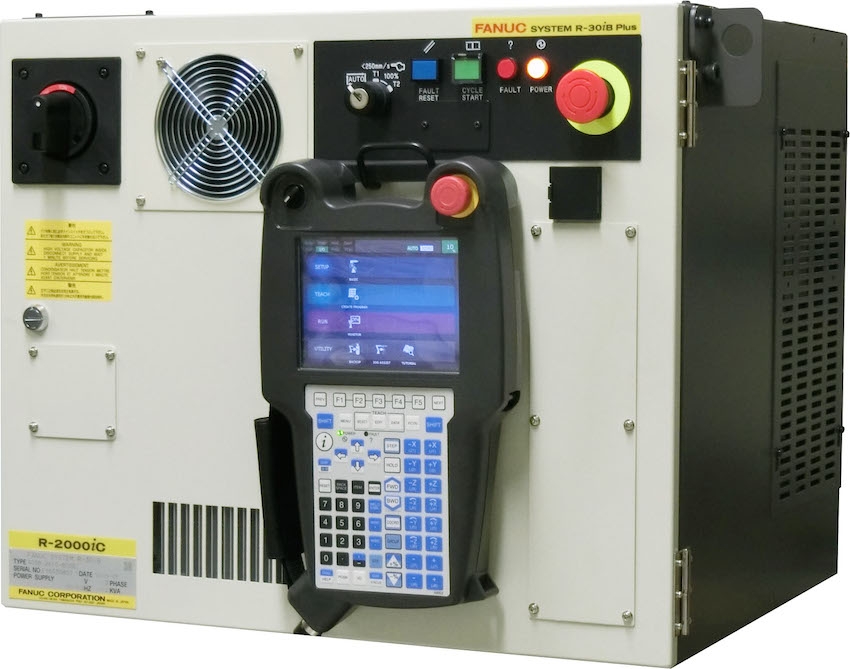 The R-30iB Plus controller features a new iPendant promising enhanced screen resolution and processing capability. The user interface, iHMI, has an icon-based screen which boasts a “familiar and easy-to-use experience with intuitive guides for setup and programming.” It also includes tutorials from the main home page which has a design common to Fanuc CNCs, enabling easier use of robots, it explains, adding that with the help of the programming guide, even first-time robot users can create a program for a simple handling task and execute it in just 30 minutes. The vision function of R-30iB Plus has a new camera interface which increases four times the speed for transmitting images from the camera, together with a simplified cable configuration, adds the company.